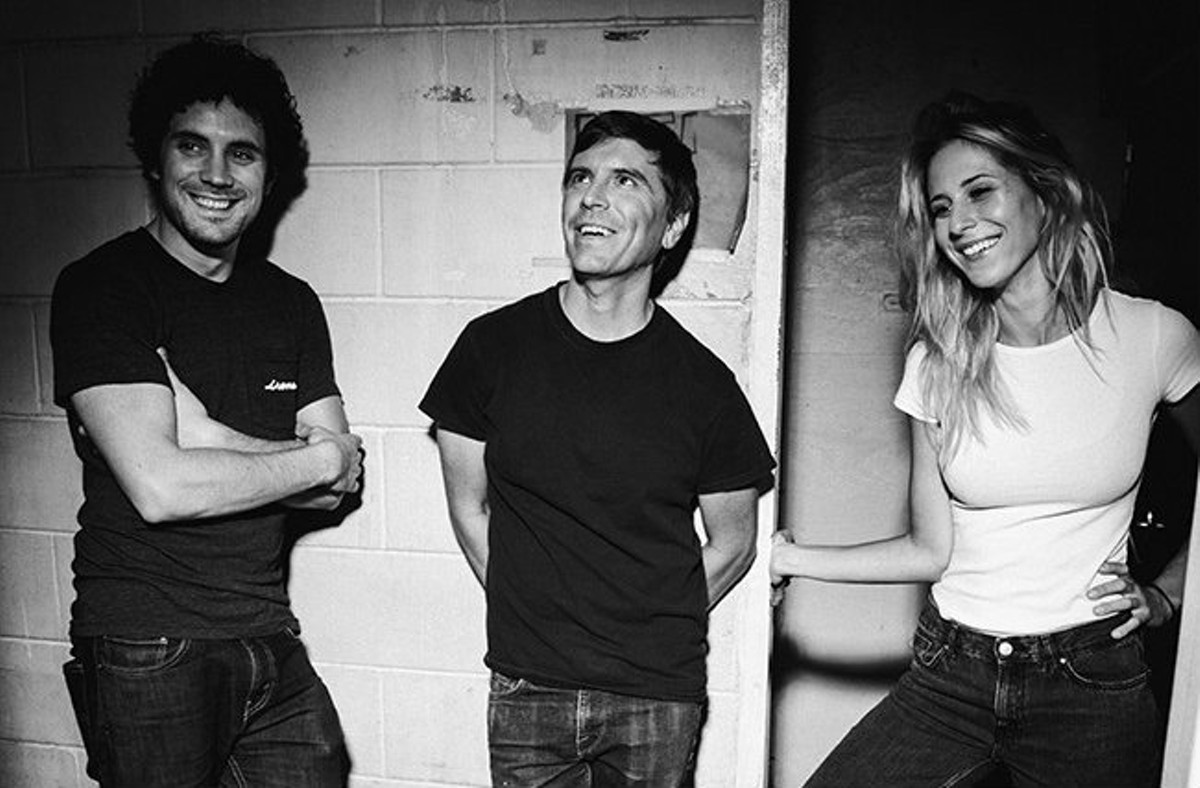 The members of Bully deliberately took a break from touring to write the new album. PHOTO VIA THE BILLIONS CORPORATION

Bully's excellent 2015 debut, Feels Like, allowed the band to achieve what most indie rock groups hope for from the beginning: critical adulation, a consistent touring schedule and stops including such far-flung locations as Europe and Australia. As she prepared for the release of the group's second effort, however, singer, guitarist and songwriter Alicia Bognanno was well aware of the red-headed cousin that often accompanies success: expectation.

"There's a lot of pressure from the first one," Bognanno says, adding that she feels "confident that it's a step up from the last one ... we hope it's received the same way."

Losing — the band's first album for its new label Sub Pop — was released earlier this month. It was mostly conceived and recorded over the fall and winter of last year.

"We pulled the plug on touring last October," Boganno says. With only a few songs sketched out over the previous tours, she then returned to the band's home base of Nashville to write the bulk of the album. Its first single, "Running," describes her coping with relationships in the wake of coming home from tour.

After writing for a few months, Bognanno, bassist Reece Lazarus and guitarist Clayton Parker went to Chicago to track the album at Electrical Audio — the same studio where Bognanno worked as an intern while working on her degree in audio engineering. Much as she did with the band's debut, Bognanno would both engineer and mix the sessions that created Losing.

And after even a cursory listen, the album exceeds expectation for anyone who was a fan of the first. Still present are Bognanno's signature howl and guitar work that echoes back to some of the great indie rock groups of the late '80s and early '90s. Her intimately personal lyrics also drive each track, though she admits that the timing of the album's composition factored into some parts of its lyrical content.

"I think anyone making a record in the States during that time," Bognanno says, referencing the immediate aftermath of the last presidential election, "it probably factored into their subconscious." Closing track "Hate and Control," she says, was specifically influenced by the social and political climate.

While most of the factors that made Feels Like such a success have found their way onto Losing, the album also features a number of additions, most notably in Bognanno's frequent use of double tracking her own vocals. Whereas on the band's debut her voice would move between a scream or a more melodic harmony, Losing finds her often doing both at the same time — the contrast between the two adding an additional depth to the songwriting. A depth that, unfortunately, Bognanno will not be able to reproduce in exactly the same way live.

"Reece and Clayton are going to do some background vocals," she says, adding that while she's "bummed" that the songs will not be exactly the same as they are on the record, she also didn't want to limit herself in the studio.

"The most enjoyable part is recording vocals," Bognanno says.

The songs on the first record had been toured before their recording as well, so there was "less room to work with structurally and vocally." She was able, she says, to take more time with Losing's songs, working on them first in the studio.

The band is also sporting a new drummer. Stewart Copeland, who played on Feels Like, departed during tour to follow other pursuits that Bognanno says include finishing a degree and opening a comic book shop. Casey Weissbuch was brought in to play on the album, and Wesley Mitchell — the roommate of guitarist Parker — will be joining the band on tour.

Bully also now finds itself on the roster of Sub Pop, perhaps a perfect sonic marriage considering the label's history with bands such as Mudhoney and Nirvana. According to Bognanno, Sub Pop was interested in the band's first album, so when Bully sought a home for Losing she checked back with the Seattle label. "It's been really great," she says of the relationship. "We appreciate them."

And while the audio engineer in Bognanno would "ideally have a ton of time to sit with [new songs]," she says she knows it's time to "go back on the road with them" — the bread and butter of any indie band.

"We're all really excited to go back out on tour again," she says, referencing the shows and favorite stops along the way."We love LemonGrass," she says of the South Grand restaurant. "We stop there every time."