Bummed That Tom Petty & the Heartbreakers Isn't Coming to St. Louis This Summer? Well, Keep that Chin Up...

A few weeks ago, Tom Petty and the Heartbreakers announced an extensive summer tour. St. Louis wasn't on the list of tour dates, which of course was a bummer. But we've been spoiled in the last two years -- Petty's been here twice in the last half-decade, and one of those appearances included Stevie Nicks. An ad in the new Rolling Stone, however, insinuates that all is not lost for St. Louis Petty fans: 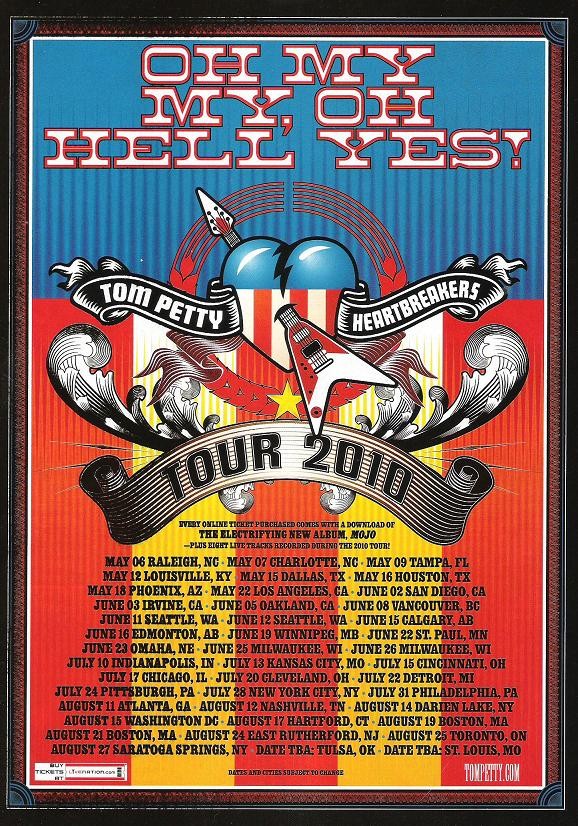 Now, until the venue sends out an official announcement, this show should be considered unconfirmed; ads contain incorrect information sometimes, due to long lead times for printing. But Petty does have a window between the two Milwaukee dates and a show in Indianapolis -- and so far, the only thing Riverport the Verizon Wireless Amphitheatre has on tap for that week is Warped Tour on July 5.

More details when they emerge. Petty and the Heartbreakers are also releasing a new album, Mojo -- their first in eight years -- sometime this spring.