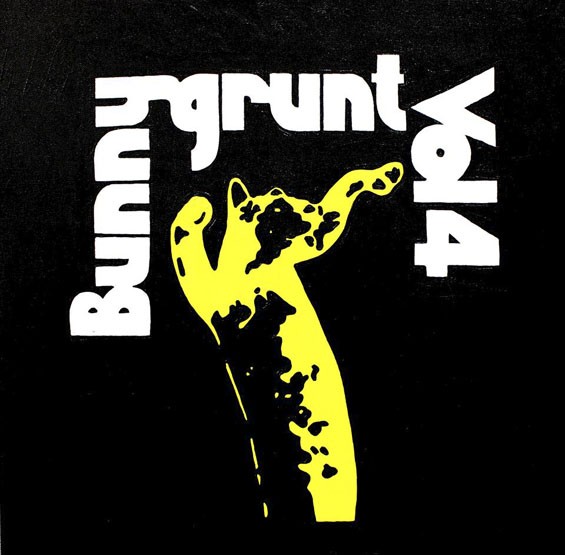 Matt Harnish is the face of Bunnygrunt -- the cherubic, affable, sometimes mustachioed face of a band that has remained mostly cherubic and plenty affable some twenty-odd years after forming. But the heart of Bunnygrunt rests in bassist and vocalist Karen Ried.

It's easy to forget that, maybe because she moved away from St. Louis a few years ago or because Harnish is such an apt pitchman for the band, but Ried carries much of the weight on the new LP Vol. 4 (the band's first full-length since 2009's Matt Harnish & Other Delights). Ried won't be present for the local release shows or the band's upcoming UK tour -- Ashley Hohman (formerly of Doom Town, currently of Veil) will be taking her place -- but on the album, at least, Ried shines.

After a brief instrumental/guitar solo overture, "Just Like Old Times" rumbles to life with Eric Von Damage's rolling snare and Ried's beguiling kiss-offs. "Open My Eyes" shows a little more muscle with some stop/start dynamics and shifting tempos as Ried rips through another tale of romantic dysfunction in under 90 seconds.

Ried's songs are given prime real estate on Vol. 4, but it's Harnish's "Chunt Bump" -- perhaps the set's most typically 'Grunt-esque song name -- that serves as both a scene report and a moment of self-reflection. While the song's lyrics are expended in about a minute, the music continues until the seven-minute mark, cycling through the dirty chime of Harnish's guitar and Ried's buoyant counterpoint until the strings come in. You could cram three or four other Bunnygrunt songs in this instrumental interlude, but the record is better for the detour. The rest of the album keeps typical pace -- catchy, witty songs that are over in a flash -- though there's a nice nod to local history, via a live recording of "Frankie Is a Killer" from 2013. The song features the late Bob Reuter on lead vocals, on a track originally cut by his old band, the Dinosaurs.

The proper set ends with "Still Chooglin' (After All These Beers)" -- OK, that's the most typical Bunnygrunt song title on the album -- but the record comes with an additional eight bonus tracks of covers, some tour-only singles and assorted ephemera collected for wide release. Warren Zevon's "Carmelita" is frayed around the edges but no less heartfelt, and the ukulele standard "Tonight You Belong to Me" sounds like it was ripped from a decaying 78. Ried's tender "Where Eagles Dare, Part 2" is turned even more mournful and atmospheric in this acoustic rendition. Taken as one piece, these sixteen tracks give an abundant picture of what defines this iteration of Bunnygrunt in sweet and sloppy strokes.