Canada Ruins All Hope of Creating Culture Within Its Borders 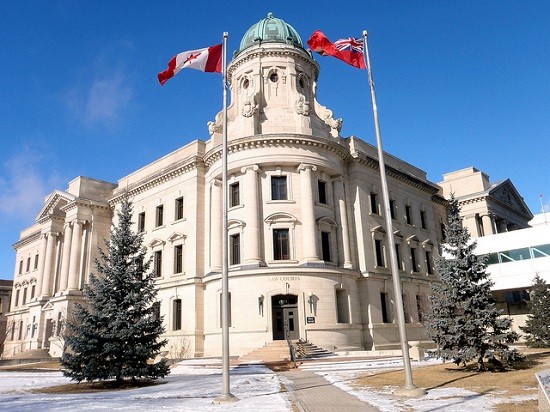 Let's talk about the mighty country of Canada for a minute. For most of us, our neighbor to the north is a a vast, mysterious frontier of nothingness and seasonal affective disorder. But those of us more carefully attuned to its culture have discovered the following: There is a meal that has been commodified into American gastropubs called "poutine" that consists of fries, cheese curds and gravy. There are Canadians who primarily speak French. Canada has some sort of free healthcare system that mystifies Americans, the most powerful people on the planet, who still pay huge portions of their income just to stay alive. Then we have the Canadian greats such as Neil Young, Leonard Cohen and Avril Lavigne.

Despite all that evidence to the contrary, it turns out Canada isn't actually that great. The "eh"-sayers have recently taken aim at its own music community in an apparent attempt to assassinate the entire country's chance to see non-Canadian bands and musicians.

Previously, to bring your American band to Canada you had to fax paperwork to the border patrol, pay a fee of no more than $450, and then spend an hour or so with an officer, explaining the DWI you once got after riding a go-kart around in a field. It was a pain, but once you got in you were free to explore the quirky land of Five Alive vending machines and Tim Horton's.

William Mewes
Seriously though, thanks for this place, Canada.

As of July 31, new federal rules now require any establishment that does not function solely as a music venue to pay a $275 application fee per person in the band and traveling with the band. While it will save Canadians from the vile trend of ten-piece "Gypsy" folk/punk acts, your average band of any other form of music will require at least $1,100 in fees to play in the makeshift stage in the back of a coffee shop.

The policy, which applies to other industries as well, appears to revolve around the general concept of restricting "temporary foreign workers." While there are exceptions to the rules (festivals are exempt), none of them appear to work in favor of the average band, which is forced to play in more unconventional spaces rather than in buildings specifically devoted to live music.

Luckily, someone has created a good ol' fashioned petition that has over 60,000 signatures as of the time of this writing. And if that doesn't work, we can always take to the streets, collectively burning all of our Celine Dion T-shirts and records in protest. But will Canada listen? Will they even care that they're suffocating their culture? And what will the consequences be over here in America?