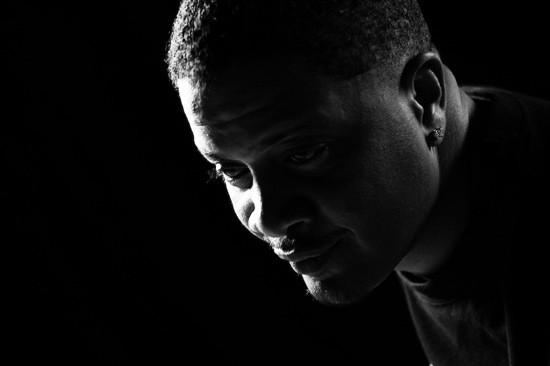 Ex-Jurassic 5 rapper Chali 2na might not be as famous as he was in his old group's heyday, but damn if the man doesn't know how to throw a party. Backed by a three-piece band culled from L.A.'s House of Vibe collective, 2na kept his decently-sized crowd dancing all night to selections from his solo album Fish Outta Water as well as old J5 favorites and the occasional cover.

2na is granted an immediate stage presence by his towering height, and he makes the most of it with a steady flow, engaging dance moves and winning smile. He had to rely on that, because for some reason, be it his baritone voice, competing with a live band or something with the sound, his lyrics were incomprehensible most of the night.

It was a shame to be robbed of 2na's clever turns of phrase and the intricacies of his multi-syllabic rhyme schemes, but his energy and easy rapport with the audience effortlessly overcame this problem. Of course, his crack House of Vibe band didn't hurt. The drums, bass and keyboards trio reconstructed the 2na's diverse beats in a tight performance that brought soul to songs like "Get Focused" and "So Crazy" that came off static on record. Anthony "Brew" Brewster in particular stood out as he deftly juggled various melodies and a variety of keyboard sounds while showcasing a skillful falsetto that came in handy for choruses.

The show seemed to reach a new gear when 2na brought out old J5 hits like "Quality Control" and "What's Golden." The gigantic rapper maintained the pace with an elaborate setup for a song in which he had the crowd picture a relaxing day at the beach before he crushed the illusion with the threat of a shark, complete with his band kicking in the Jaws riff. With each successive verse he destroyed the beast. "I have a lot of fun with this song," he said. The night culminated in an epic finish where 2na transitioned from "Lock Shit Down" to a jam where each member of House of Vibe (including Deploi, the merchandise man who occasionally graced the stage with an animated freestyle) got a moment to shine. Somehow, the group stuffed slices of "Come Together," "Little Wing" and "Rock Lobster" into this medley before bringing everything to a close. When 2na asked the crowd to raise their hands if they had a good time tonight, everyone did.

Local stalwart Mathias opened the show with a solid set that drew from his Devils, Pirates and Rebels album. Although he and the lightning fast DJ Mahf are talented and lively enough to make a show fun on their own, the pair greatly benefited from veteran local drummer Grover Stewart joining them onstage. Stewart accented different rhythms in the beats and brought a welcome harder feel to the beats. Who knew the reggae-tinged "Daly City Train" could rock?

The Soundclash DJ project switched places with 2na and followed him instead of opening. They already encountered a setback when DJ Needles had to leave after his entertaining opening set to help with an apparent KDHX emergency (or so the scuttlebutt went). 18andcounting and Black Spade soldiered on with a game Mahf filling Needles' place. The trio dexterously filtered, scratched and twisted samples to an unfortunately diminished audience. It made for nice after-party fare, but the group would have been better served performing before 2na.