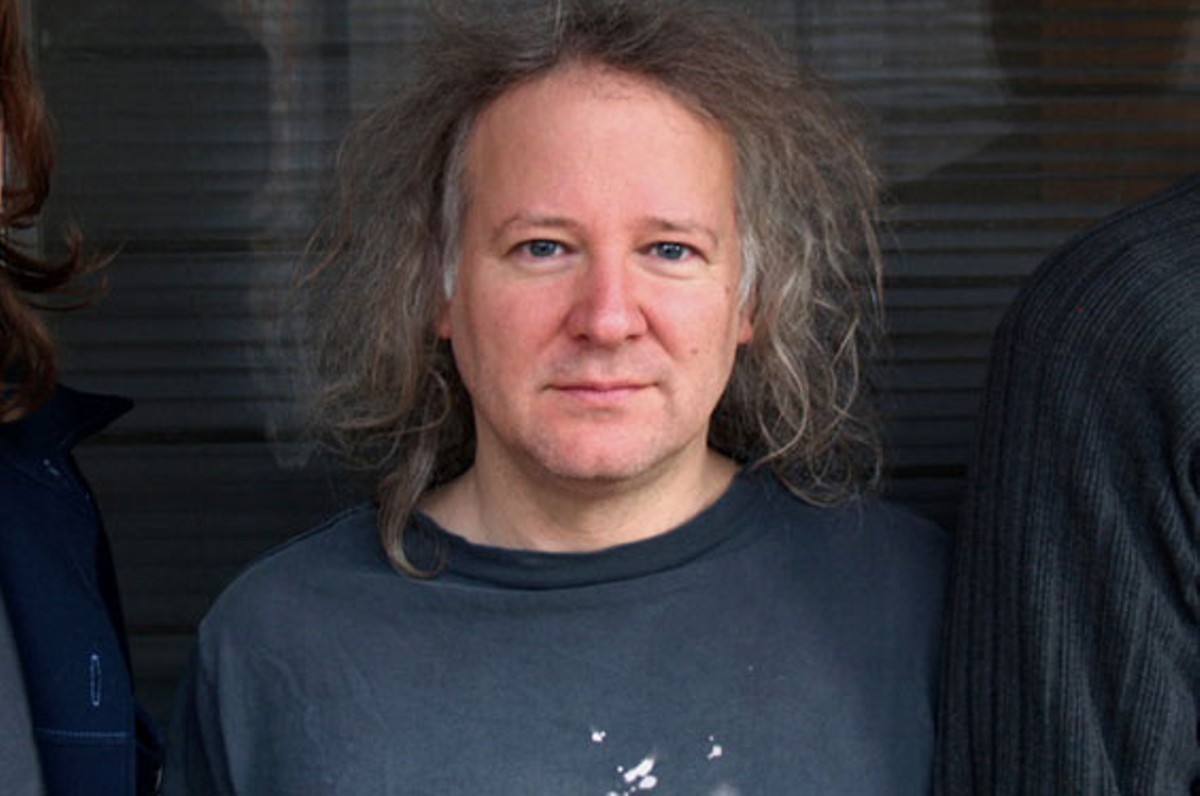 In a world where music is religion, Chicago's Cheer-Accident is the prodding agnostic, poking fun at genres and factions with its own sullied theology. The band piles prog-rock on top of careful pop, unafraid of critics or cynics. "We like to keep ourselves on our toes. And our audience on their toes. And we sometimes like to keep ourselves on our audience's toes. And vice versa," says founding member Thymme Jones. As the only constant in the group's rotating cast, Jones can often be found behind the drum set with an impish smile, stopping only to play horn or keyboard.

By writing dense songs with a keen sense of pop, Jones makes Cheer-Accident accessible to the common ear. More than twenty years of albums, spanning home recordings to sprawling studio efforts, display the breadth and balance of Jones' approach. Piano ballads lay nestled in odd time signatures. Vocals come across as happy-go-lucky or haunting, depending on context. He is somehow able to marry tonality with total noise.

Most bands form under a key set of guidelines. Many choose to write and rehearse — to perfect and repeat songs ad nauseum. Maybe the group will decide on genre or instrumentation. Cheer-Accident is the sound of constantly breaking these rules.

"My favorite thing about playing live these days is the wealth of material we're able to whip out and the span of time that it encompasses," Jones says. "We learned several years ago that it does not take all that long to relearn the older material, so we're always making links, morphing older music into new music for the live shows. I like the idea of questioning the linearity of time, both in terms of how the music in a set functions and in terms of our career." In keeping, the band's sets often feature power-trio rock born in the '80s next to keys-based pop from the mid-aughts. It's a variety hour for mischievous musicians.

This past June, Cheer-Accident performed as a large ensemble at Chicago's Mayne Stage, then followed up with a completely different set, and lineup, at the PRFBBQ festival the very next night. The band's most recent venture was a European tour built around an appearance at the Rock In Opposition Festival in France. Since September, Jones and company have been busy with writing and recording. "Cheer-Accident has always been anticomplacency. We don't ever want to just tread water," he explains.

Musically, St. Louis has been a second home to Jones. Since Cheer-Accident's inception, the city has been a regular tour stop and a typical destination for weekend jaunts. Throughout the '90s and early aughts, Jones worked closely with Skin Graft Records, the experimental label run by St. Louis expat Mark Fischer. Skin Graft released many of Jones' collaborations with Edwardsville, Illinois, native Darin Gray, including You Fantastic!, Brise-Glace and Yona-Kit. The label even produced three Cheer-Accident albums, including a CD and comic-book set — an "original soundtrack" to local artist Rob Syers' Gumballhead the Cat comic strip.

When the band last hit St. Louis in early 2010, it previewed songs that would later appear on its latest album, No Ifs, Ands or Dogs. This time around will see a performance as a quartet with Jones (drums, trumpet, vocals, piano), Jeff Libersher (guitar, vocals, trumpet), Dante Kester (bass), and Evelyn Davis ("piano innards," vocals). "We've done an incredibly wide range of music in St. Louis, from power trio to eclectic to shows that were 100 percent improvisation, and the audiences have always been fully present and willing to receive what we've brought to that particular evening," Jones muses.

"Suffice it to say that we'll be whipping out a fairly good variety of material. I mean, we're certainly not going to travel those five hours just to play a few similar-sounding songs. Well, we certainly won't only play 'Filet of Nod' for two hours. Yeah, there's no way we'll do that. I promise. I think."