Chicago's Reena Calm Is Coming Back to St. Louis to Make You Laugh 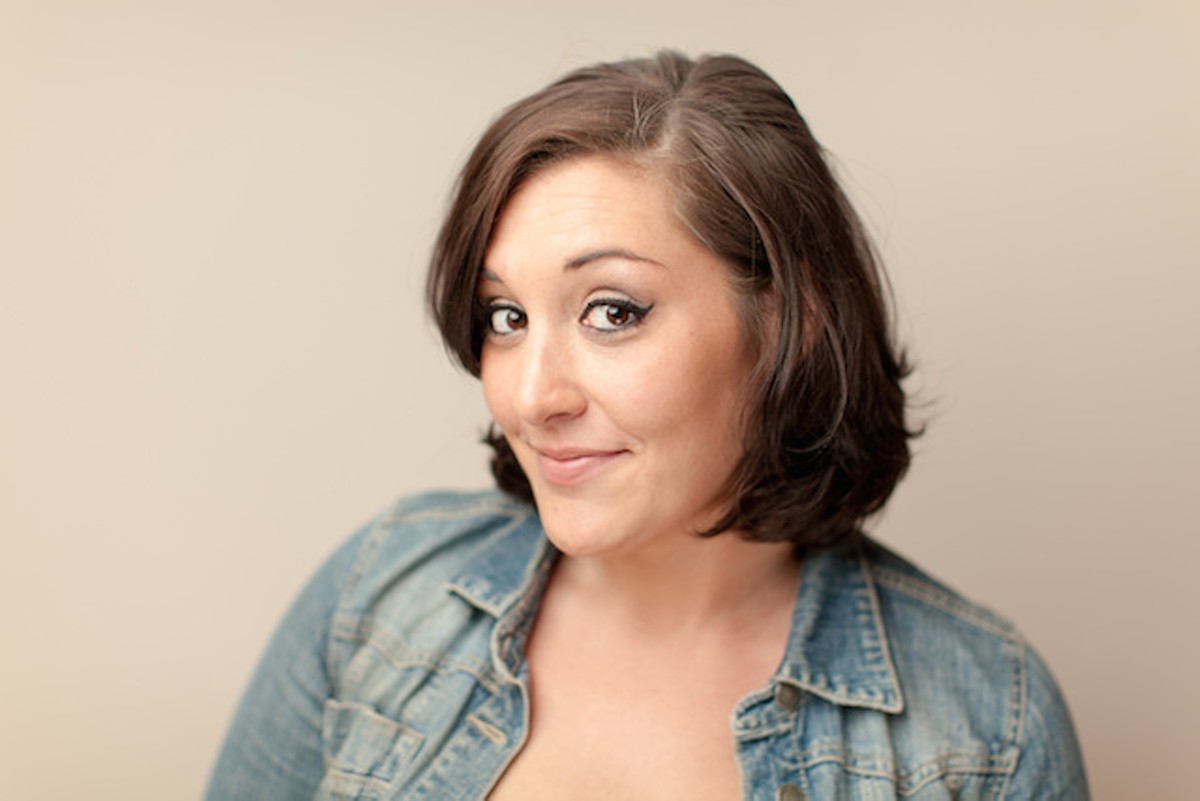 Reena Calm previously had them roaring at the Flyover Comedy Festival. COURTESY OF REENA CALM

When the Flyover Comedy Festival's debut weekend was coming to a close this past November, the last comic standing was Reena Calm, performing to a small audience inside of Gezellig's side room. She was headlining a long, hilarious bill, hosted by St. Louis fave Chris Cyr, with five comics taking the stage before her. Calm delighted with a wide-ranging, amusing set heavy on relationship material and featuring, as she says, "the absolute dirtiest joke I do — which is based in St. Louis. So it's one I usually do when there."

From a seat in the back row, her twenty-minute set seemed to kill. But the funny thing is, Calm doesn't recall much beyond being there.

"That particular night, I was actually pretty sick when I got [to the venue]," she says. "I wasn't 100 percent for that show, and I don't remember it well. I was losing my voice — probably shouldn't have even been there."

In a sense, the evening fits neatly into Calm's St. Louis performance history, which is far from usual. The Chicago-based comedian has performed at a house show and at rock & roll venues, at benefit shows, a roast and, yes, inside a space at Gezellig that normally features ping pong. She's never played a straight-up comedy room here, and that unorthodox streak continues with her next appearance in St. Louis.

On Thursday, February 8, Comedy Here is presenting a night of multiple entertainments at Blueberry Hill's Duck Room, a $10-per-ticket fundraiser for Planned Parenthood. Also performing comedy will be Lael O'Shaughnessy and Tina Dybal, with music and hosting compliments of Neil C. Luke and Zackary Matthew Sloan. The evening will double as Comedy Here promoter Kelsey McClure's 30th birthday party, ensuring the night will be a lively one. As McClure writes,"The two-hour show will run more like a variety show than what you'd find at a traditional standup comedy club. Think variety, but as in 'the spice of life' and not a haphazard talent show."

COURTESY OF THE ARTIST
Reena Calm hopes to build a strong fan base here in the River City.

Calm initially wasn't looking to book a St. Louis date so soon after Flyover, but the appeals were many: the chance to support Planned Parenthood, the opportunity to reconnect with McClure, with whom she worked during the latter's stint living in Chicago, and the ability to establish St. Louis as a strong market for her ascending standup career.

"These shows were a little bit close together," Calm acknowledges. "But the festival brought in a different crowd and everybody's marketing to different people. I would say that just because of location, I'd like to go there a few times a year; I don't think it's oversaturating to come back a few times a year. The times I've been in St. Louis, I see some of the same faces, but some new faces, too. The local comics there are super supportive, and I feel that something's being built up there."

Part of that is McClure, who Calm says "is a really good producer. Whatever she's got in store will be great. My first time in St. Louis, I was at a going-away roast for Kelsey, which was the first time I met her, and she gave me some time on that show. When she moved to Chicago, we became close. And now that she's back in St. Louis, this is the second time she's brought me down. Kelsey's my key to St. Louis."

While McClure may be the key, Calm's equally strong writing and delivery is what's creating her buzz — not just here, but around the country. Her sets seem understated, clear, free of theatrics and gimmickry, fitted with a bit of self-deprecation and unafraid to toss in material that's brand-new. Whether she plays a town once annually or many times, she knows that it is on her to come up with the material.

"I honestly don't think I've ever done the same set twice," she says. "Maybe once in a while on a five-minute set, but I'm usually throwing something new in there to keep things fresh. I don't have anything that's set in stone, and I can do any amount of minutes up to 60. I kind of keep things grouped together, so that I can do a 60-minute set, then do a 10-minute set that might be a very quick version of the 60, with some of the same touches, but without going into any one thing as much. This isn't an exact science, either. Some jokes are really short; some take a few minutes to set up. What you choose depends on the show — and the crowd is a huge, deciding factor in that, too."

Of late, comedy as a topic has been on Calm's mind a lot, as she's just begun teaching at Chicago's vaunted Second City, where she herself studied.

"I teach the Level 1 standup course there and have a couple of classes going now," she says. "I'll do workshop and private lessons, if enough people show interest. It's awesome for me, in that I've just met a bunch of people that I get to talk to about my favorite thing for three hours a week. I help them build a set and experiment with different writing styles. There's no 'right' way to do this, no one way. So I help them to find their own voice."

These days, Calm's got that Chicago home base, frequently tackling a couple of shows per night in what's arguably the most robust comedy scene in America. The Second City gig is a natural, and as McClure notes, Calm has become "one of the most respected and requested comedians in the Midwest." But there are still some career choices making themselves known: one calling from the East, one from the West.

"I've had to change some things up recently, as last-minute opportunities have come my way," she says. "And really great opportunities keep coming my way, instead of my having to chase them all down. I'm waiting to see. I love staying in Chicago and I'm not anxious to move to New York, but if the right opportunity came up, I'd move there. Same with LA, though more things seem to be happening in New York. This is all speculation on my part, but I just feel there are a lot of possibilities right now, that anything might happen. I'm just waiting to see what the universe brings next."