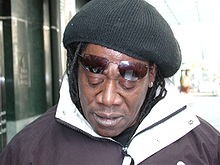 This is a song defined by the kind of glorious, gaudy excess only one rock star has ever been able to deliver without seeming even slightly self-indulgent. And that is still very much true even though Clemons gets a solo that is nearly two fucking minutes long.

Was there any doubt? That thing is the sound of freedom. You'll be incredibly missed, Clarence.