CoCo Not Cuckoo for STL 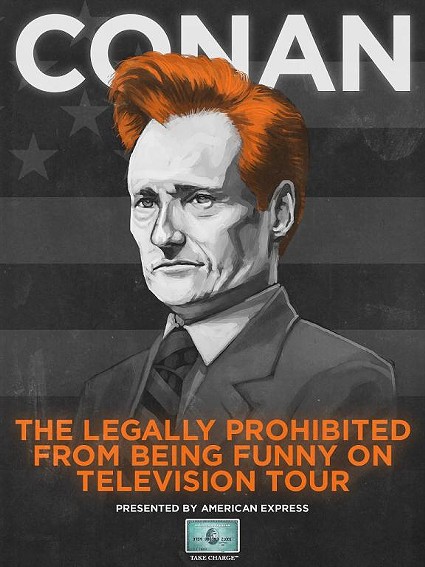 In case you're not one of Conan O'Brien's 635,785 Twitter followers (as of this moment), you might have missed that America's favorite ginger announced a tour today. Billed as the "Legally Prohibited From Being Funny on Television" tour (subtitle: "A Night of Music, Comedy, Hugging and the Occasional Awkward Silence"), the 30-city trek will also feature Andy Richter and CoCo's Tonight Show band.

Also, the tour isn't hitting St. Louis. The closest date is in Kansas City, on Sunday, May 16. Tickets are on sale now -- and I just scored a pair. Hot damn! I'd go look for tickets now; they're going mad fast.