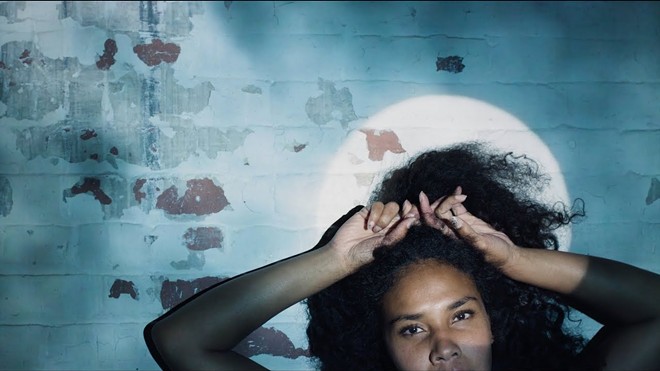 Whether she’s performing as a solo act or leading a world-class band through a set of hybrid R&B and soul, Mary Elizabeth Jo Dixen Pelenaise Kapi’olani Lawson has made the U.S. Great Plains both a home and venue where she lives through her art.

From 2009 to 2014 Lawson cultivated her voice and approach to songwriting through the EveryPeople Workshop, an interdisciplinary performance group based in Chicago. She coined the name Mesonjixx in 2014 and had her debut performance a year later, which led to a series of collaborations with prominent artists based throughout Nebraska.

Her debut EP In The Middle was released in 2017 but was notably pulled in 2019, with only two of the songs still available online. Mesonjixx’s Soundcloud is a treasure trove of what she describes as “Afro-futuristic experimental subculture soul” with several demos and live recordings on offer, including a set of songs produced in collaboration with renowned hip-hop artist and producer Oddisee.

The whole vibe is readily apparent on the latest upload, Live from Culxr House, which was released through Bandcamp on March 11. The Mesonjixx Quartet makes its way to St. Louis this Saturday to cap off a five day tour that sees the band travel through Lincoln, Omaha, Lawrence and Kansas City.

Paint Is Thicker Than Water: With songwriter Graham Ulicny at the helm, the Omaha-based Thick Paint commits to a buoyant brand of dream pop that’s not afraid to bend and squeeze its melodies into oblivion. Fresh off a performance at the True/False Film Fest in Columbia, hometown hero Blvck Spvde reps the river city with the finest in experimental hip-hop.