Dan Eubanks Has a New Solo Bluegrass Album, Look What the City’s Done 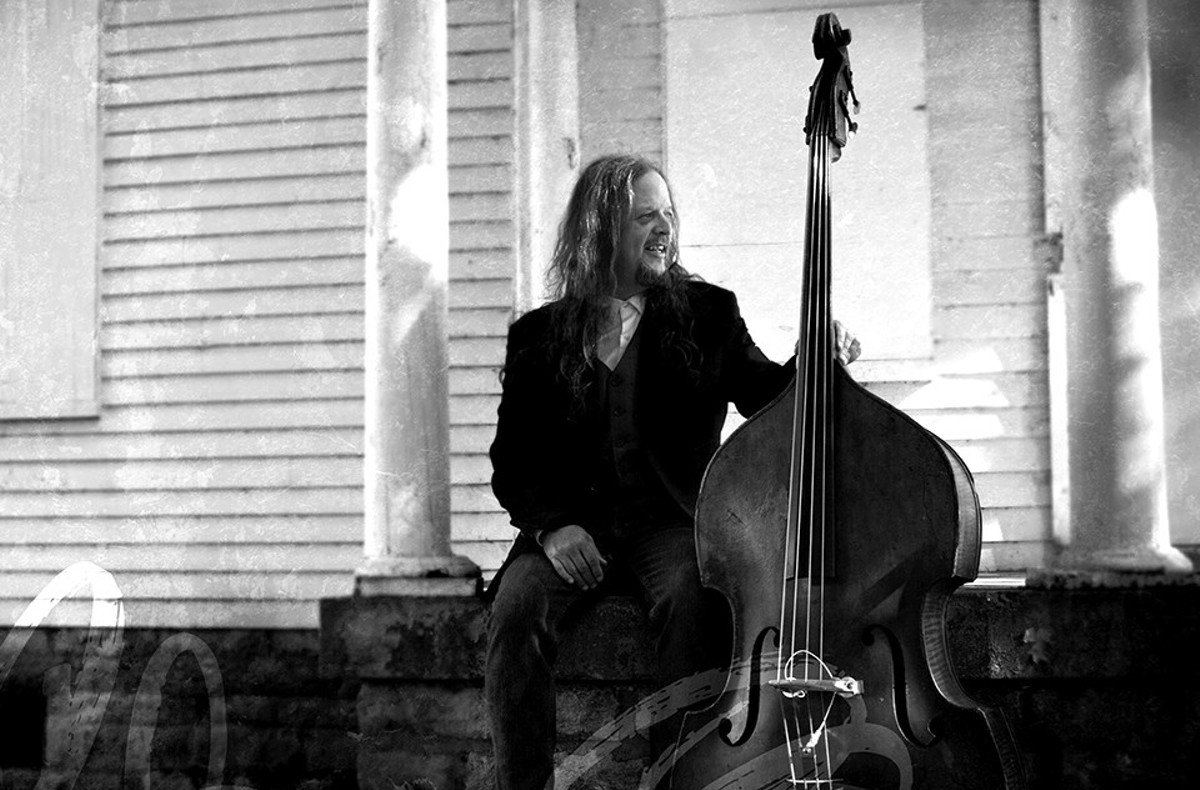 Dan Eubanks was a key figure in St. Louis’ music before decamping for a career in Nashville. VIA THE ARTIST

Dan Eubanks, though he's lived in Nashville for more than a decade now, played a key role in the St. Louis music community for years before his decampment.

A native St. Louisan, Eubanks boasts a history as a player and teacher here dating back to the glory days of Laclede's Landing, when he played bass in the Louis Michael Band, a group whose local success led to some regional touring. Eubanks would then join some pals in a group called the Kind, which became a Tuesday-night staple at Molly's and eventually morphed into a long-running Dead tribute called the Schwag.

A longer commitment came with a respected, gigging band called Dangerous Kitchen, which parlayed a blend of originals and covers into a regular club presence, allowing the members of the group a home base from which outside projects could spring.

"I did a lot of freelancing, playing with jazz artists, doing wedding and country club sets, and then started Dangerous Kitchen," he recalls. "I really just wanted more control to what I was playing. We started out doing originals and went into all kinds of other stuff from there; bookings followed. We started out as a horn band, then pared down to a five-piece, doing any kind of rock from the '50s to the '70s plus soul and funk, eventually doing a night of the Band's The Last Waltz. We were playing stuff we liked and people liked it, too. We weren't huge, but had a good little following."

At the time, Eubanks was teaching as an adjunct at several area colleges, with much of his coursework centered at Webster University. As with legions of adjuncts before and since, the lack of certainty eventually led him to decide it was time to make a move. Taking his shot at a professional musician's life in Nashville was that decision.

"I was floating around in all of these different situations," he says, "sometimes teaching in the summer and playing all these different gigs. At a certain point, I knew I wasn't going to get any farther. I was trying to get a full-time job teaching at Webster and it wasn't available to me at the time. And when I didn't get that, I knew I was out and needed to try to make it as a musician."

He picked Nashville for its scene, of course, but also in part because his wife has family there.

"I was having a resurrection with roots and country music, too," he says. "As a kid I was into bluegrass, then moved out of it when playing electric bass and getting into different music. But I came around and got back into my roots."

Working leads provided by some of his friends from here — he mentions Joe Bidewell and the late Blake Travis by name — Eubanks found work in every kind of bar band, playing blues and rock covers for a bit before eventually finding his way into Special Consensus, a touring and recording bluegrass band that's been in existence since 1975 and has released close to twenty albums, the last two of which feature him.

In a very direct way, that band's fan base helped inspire Eubanks' second release as a solo artist, the recent Look What the City's Done. And that's due to the fact, Eubanks says, that bluegrass fans are prone to buying albums at shows. Having a solo work to sell to Special Consensus fans, he says, isn't an exercise in vanity; these folks actually still buy records.

Another, bigger reason is also baked in.

"Part of me's always wanted to be a songwriter," he says. "Playing live was always going to be my way of making a living, but I've wanted to work at songwriting and I've got a cool band that doesn't mind my putting something on the merch table. A big part of the bluegrass scene is putting out physical media; people depend on that for part of their income. I started this wanting to see if I could get my own project on the table. And I wanted to make a little bit of a statement, to try to blow open some expectations. There's a hardcore traditionalist group in bluegrass, and there're some that want to push the boundaries a little bit. Then there's someone who can exist in the middle of it all. I'm kinda that guy, wanting to see if it can all exist together."

This collection of tracks is his first since 2015's Dyed in the Wool, which collected songs recorded over the five-year period after moving to Nashville. The new work, though, is a cohesive batch of songs that he hopes will give his music some legs. Maybe a cut will be picked up as bumper music, or another might get covered in a high-profile artist's set. Any number of things could happen, he figures, now that these songs are in the world.

The process "has been cool and exciting," he says, adding that a limited number of live sessions for these tracks may follow.

On the shortlist of cities for possible gigs? St. Louis, of course.

Editor's note: A previous version of this story contained the wrong first name for a musician Eubanks cites as a connection. He is Blake Travis. We regret the error.