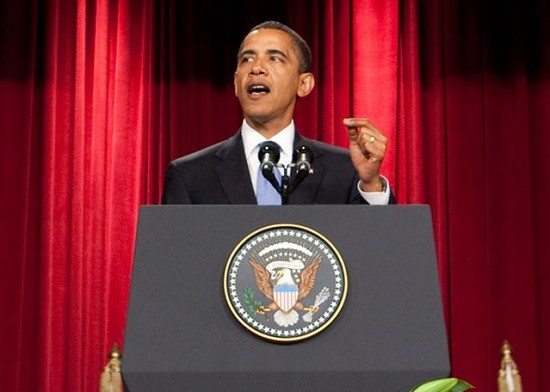 Editor's note: Tef Poe is an artist from the St. Louis area. Through powerful imagery and complicated honesty, he has earned a reputation as one of the best rappers telling the story of St. Louis, which is about much more than one place. Poe has been featured in music publications such as XXL and Urb Magazine. His project The Hero Killer was released on January 2 and was followed up this year by a full-length with DJ Burn One entitled Cheer For the Villain. Follow him on twitter @tefpoe. Get The Hero Killer here.

I write this letter with high hopes that it reaches you with a sober heart and a pair of open ears.

In St. Louis, our police force has a history of abusing its power while torturing black people. We have cried out for help, and your response earlier this summer basically condemned us. Like many other young people from my community, I was confused.

The police attacked us for taking to the streets to resist police brutality, and our beloved black president seemingly endorsed it. I'm sure you will say this isn't the case, but as a young black man in America I speak for a large demographic of us that has long awaited our black president to speak in a direct tone while condemning our murders. From our perspective, the statement you made on Ferguson completely played into the racist connotations that we are violent, uneducated, welfare-recipient looters. Your remarks in support of the National Guard attacks upon us and our community devoured our dignity.

When an assault rifle is aimed at your face over nothing more than a refusal to move, you don't feel like the American experience is one that includes you. When the president your generation selected does not condemn these attacks, you suddenly begin to believe that this system is a fraudulent hoax -- and the joke is on you. Racism is very much alive in America, but as a president with so much melanin in his skin, you seem to address it very bashfully.

Many of us, whether we admit it or not, looked to you for some form of moral support. We do not want to die. We do not want race riots in our city. We previously lived very normal lives outside the overly aggressive dealings we've often experienced with those who are sworn to uphold the law.

Police often kill us (every 28 hours in this country, in fact) and go unpunished. Who holds them accountable if even our president has no official commitment to do so? As a community of young, responsible and politically engaged black people, we have collectively decided that we will hold them accountable ourselves. We are committed and will continue to fight in a very fearless and openly broadcasted display of hope and audacity. We are a broad coalition of organizers and activists. Through the marvels of the Internet our reach has traveled across the world.

In Geneva, Switzerland, a few of us visited the U.S. ambassador, yet unfortunately this display was a waste of time and energy. He did his job. He heard our concerns, but he was not emotionally moved to stop this massive act of violence from the state. And I say to you, Mr. President, your silence is consent as well. We will remember you according to your work. When you leave the Oval Office and return to society as one of us, we will judge you accordingly. Your party is being judged accordingly.

Governor Jay Nixon is your colleague, but through a lack of sound judgement and sincere analysis he has morphed into the everlasting enemy of oppressed black people in Missouri. Senator Claire McCaskill has a bit more dignity than Nixon, but her decision to remain idle on this subject has also signified to the community that she is not one of us.

Bryan Sutter
Riot police on the streets of St. Louis.

Right now we are being treated like enemies of the state while the racist police force continues to arm itself and occupy our communities. We encountered the harsh nature of the militarized police force first-hand. We were tear-gassed and hoarded into jail cells like livestock, simply for chanting in honor of Mike Brown. Armored vehicles turned our neighborhood into a military encampment. Young women from Palestine have visited us and lectured us about constructing homemade gas masks. College students are actively searching online for affordable bulletproof vests.