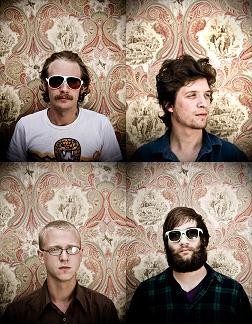 Deer Tick's come through for St. Louis quite a bit in the last year. John McCauley played an impromptu solo set when King Khan & BBQ Show missed its show at Off Broadway last November. The band also had a "secret show" in March at the Wedge when it had an off day between gigs. Now comes word that Deer Tick is planning to donate a portion of the proceeds from its Thursday night Off Broadway gig to a memorial fund set up for Dave Hagerty, who passed away earlier today. Hagerty's band, Fattback, was slated to open the show, which also features Dead Confederate. If that's not incentive to go to Off Broadway and sell the place out, I don't know what is. What a classy move.