Stan Chisholm uses the 18andCounting pseudonym for every aspect of his art, whether it is his cross-medium visual work or his Unstrumental raps, but 18andCounting is most visible as a prolific DJ. Chisholm spins records the way a jazz soloist quotes bebop licks, with a wealth of information at his disposal and the taste and technique to react to exactly what his situation demands. Lately, 18andCounting sets have involved live collaborations with musicians like So Many Dynamos drummer Clayton Kunstel, a format that many turntable handlers are not brave enough to attempt. Chisholm's adaptivity is a reminder that he is first and foremost a great musician, even if a conventional instrument is nowhere to be seen. -Ryan Wasoba 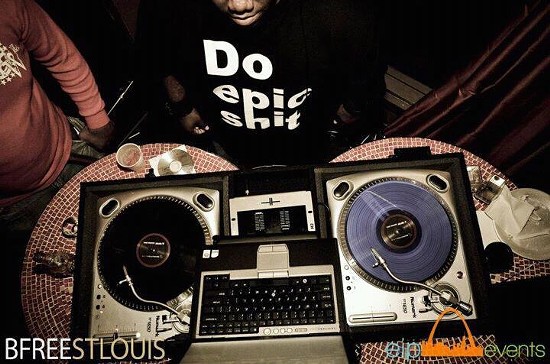 Chandrez Alexander, a.k.a. DJ Epic, has been a St. Louis nightlife fixture since 2009. With a weekly residency at Escalades and hosting a weekly show on Virtual DJ Radio, he has been hard at work spreading his mix of hip-hop, neo-soul, gospel and house to the masses. Recently DJ Epic has been spinning with DJ Cuddy at the Loft for their infamous "World Star Fridays" parties. He also plays to a packed house at Lola for the venue's comedy night, "Wild'n Out Wednesdays." -Billy Brown

Don't let the pretty face fool you; DJ Jewel means business. Brittneé Bell has always had a passion for doing DJ and voice work in St. Louis. Her first show was on KCFV FM's 89.5 "The Wave," and despite the station's format switch from rock to hip-hop, it quickly cemented her as one of the area's best music interviewers. These days you can catch DJ Jewel on Hot 104.1's Saturday throwback at noon. -Billy Brown