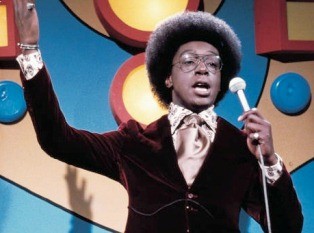 Music fans are still reeling from the death of Don Cornelius, the unmistakable and irreplaceable host and creator of Soul Train.

Cornelius was found dead on Wednesday in Los Angeles of what police believe to be a self-inflicted wound. The Chicago native and Korean War veteran was 75.

With the sadness emanating from Cornelius' death is increased focus on his expansive legacy. He created and hosted a show that became a revolutionary outlet for black musicians and unrepresented genres. Soul Train was a venue that brought extremely talented artists -- from powerhouses like Aretha Franklin and Marvin Gaye to rap superheroes Run DMC -- to a wider audience.

Cornelius himself was an attraction, delivering an utterly smooth delivery and championing an array of outstanding catchphrases. No matter how turbulent the day, Cornelius would wish America nothing more than "peace, love and soul."

Given the Soul Train's longevity, it is not terribly surprising that a number of musicians closely associated with St. Louis made appearances on the show. In honor of Cornelius, here's a sampling of St. Louis natives that appeared on Soul Train:

Brown became famous for singing "Woman to Woman," an audacious and powerful track that became one of Stax Record's final big hits. Brown performed the song on January 25, 1975, along with David Ruffin, The 9th Creation and The Lockers.

When the 5th Dimension reaped a substantial amount of success in the 1960s and 1970s, it did so with the help of a handful of St. Louis natives -- including Billy Davis, Jr., Lamonte McLemore and Ron Townson. The group performed numerous times on Soul Train, including the above rendition of "Stoned Soul Picnic."

While musicians tended to dominate Soul Train's schedule, there were also episodes that featured prominent comedians. The above video, for instance, includes Cornelius conversing with legendary funnyman Richard Pryor. And it also features a performance from St. Louis native Redd Foxx, who gained fame for his role on Sanford and Son.

Foxx appeared on an episode that aired on February 2, 1985 - yes, 27 years ago today - that also included Rockwell of "Somebody's Watching Me" fame.