Doritos and Missy Elliott Pump up the Volume -- on Snacking?

So says the press release I just received. Sadly, the "interactive experience" Web site www.snackstrongproductions.com is not running until Wednesday. According to the press release, "site visitors can listen to Missy’s 'collisions' and customize their own tracks using different music effects and recording their own vocals." There's also something involving MySpace and drag-and-drop actions involving mash-ups.

Either way, that sound you heard was totally thousands of potheads around the world lighting up their bongs in celebration of the tasty, tasty treats described below. Read on:

The Doritos brand turned up the volume in snacking today by collaborating with Grammy Award-winning hip-hop artist Missy Elliott to launch Doritos Collisions – a new snack that gives consumers two different flavors of Doritos chips in one bag. 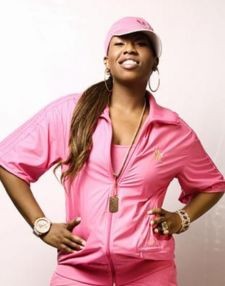 “Doritos fans expect bold moves and Missy Elliott is legendary for her bold approach to making music,” said Ann Mukherjee, vice president, marketing, Frito-Lay North America. “Her unique style of mashing up unconventional yet complementary beats is just what Doritos Collisions is about.”

Elliott, who is currently working on her new album, is the star of the tortilla chip line’s new TV commercial, scheduled to air in September. The spot opens with Elliott and a sound engineer in a recording studio working on a new mix. Stuck on the flow of the beat, she munches on new Doritos Collisions chips and, inspired by their intense flavor combination unexpectedly decides to spin in a country beat.

“The idea of Doritos Collisions mixing those great flavors is an original idea - just how I like my music,” said Elliott. “I’m all about new experiences and new sounds.”