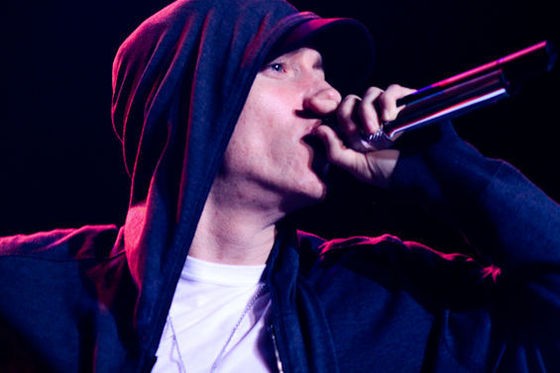 Someone heard Eminem rap this line in a studio session and was like: "Yep, that's the one. I was a little leery when you dropped the 'one sheep' on them, but when you followed that up with 'two sheep,' that's when I was certain you were a goddamn genius, Em!"

Call me crazy, but I have this vision one day that I'll walk amongst you a civilian

Nah, bro. Not that crazy. You're already rapping like one. OOOOOHHHHHHH BURN.

Maybe I need a straight jacket; face facts
I am nuts for real, but I'm OK with that

Dude, you're not nuts. You're famous. It's not that bad. Sorry all of your money doesn't fit inside your solid diamond wallet.

Oh, and here's how I feel about Rihanna on the hook.