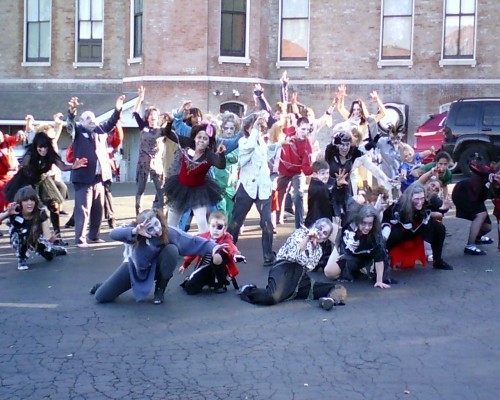 See also - "Local Zombies Shuffle Toward World Record "Thriller" Dance" - "So You Wanna Be a Zombie? One day at Ghoul School"