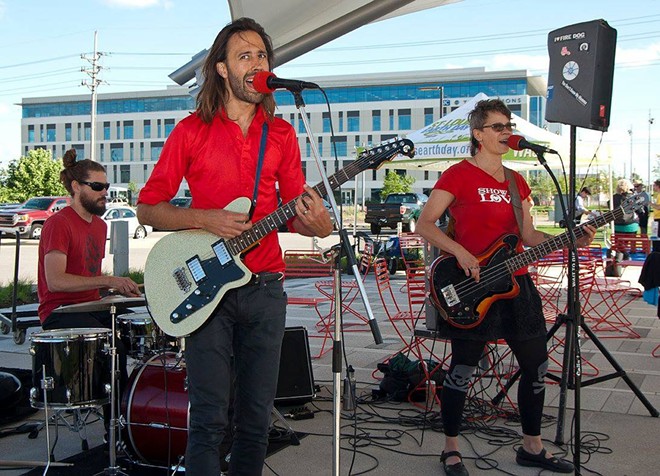 By day, Mark Pagano uses his musical gifts to instruct St. Louis-area youth in the finer points of song craft. He began working with students in schools both in the city and the county in 2013, and in that time he's worked with sixteen different schools, helping produce well over one hundred songs with the area's budding songwriters.

"There's a lot of songs out there," Pagano says of his time as a classroom troubadour. "Some of them are more successful as songs than others, but they're actually writing songs. We talk about song structure, we talk about telling a story, we talk about rhythm and rhyme, we talk about melody. I really try to leave it up to them, but I will try to offer things as well to get the ball rolling."

In a way, Pagano's day job has begun to mirror his creative outlet: His joy-infused pop-rock band Fire Dog has, over the past few years, veered toward writing songs aimed at a pint-sized audience. Its previous album, For the Kids, made its audience clear in the title, and the new Endangered Species Project continues in a similar vein. 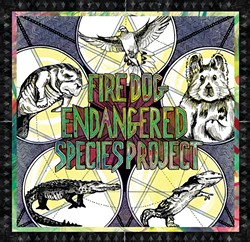 The project has its roots in the song "Hellbender," which appeared on For the Kids and which tells the story of the hellbender salamander, a near-threatened species that was once native to parts of Missouri.

"I had that song come to life in the fall of 2011, and I really just started using it because we talk about how songs tell stories," he says. "It tells the story of the hellbender and a larger issue of conservation and endangered species. It's a story that is native to Missouri. Initially, I wasn't thinking about the larger project, but there have been little hints along the way."

That track became the springboard for the new album; some songs tell the story of a different animal, from the extinct passenger pigeon to the imperiled manatee, while others take a broader look at environmental and ecological factors. Even though the subject material may seem heavy, Pagano and Fire Dog manage to side-step maudlin or preachy tones in these songs.

"I think kids have a natural curiosity about animals, and I think that the hellbender is kind of a mysterious creature — no one has ever seen one unless you've been on the internet or to the St. Louis Zoo or have happened to stumble across one," he says. "Lines in the song like 'protects their body with a layer of slime' is really intriguing to a fourth grader.

"Also, potentially, the name 'hellbender' has some power to it," he says with a laugh. But the song pointed Pagano down a rich and rewarding path as he continued to write songs that mixed the storytelling, conservation and activism-through-art that animates much of his current work.

"The goal of the project is to bring up these issues without necessarily talking about them directly," Pagano continues. "One song does really go right there — 'Endangered Species Act' is pretty much verbatim the legislation. But that's part of the story, too — humans have, over time, tried to address these issues and have had real success with it."

Fire Dog has been active since 2006 and began with a mission "to create music that was positive and uplifting," in Pagano's words. If the band's transition into making kid-friendly — and often expressly kid-focused — music was gradual, in some ways it was a foregone conclusion for a group that has long placed positivity above all else.

"There's always an intention of trying to be inclusive to their parents and our fans, whoever they may be," he says. "We are definitely trying to make music that appeals to audiences of all ages."

That "all ages" appeal got snapped into focus when Pagano and his wife started a family; they now have two children. "When I became a parent, it was my wife who said, 'Now is the time — you gotta do that children's record,'" Pagano recalls.

But while his family provided Pagano the impetus to embrace more child-friendly songwriting, it was another relationship that provided him with an artistic example to follow. Celia Shacklett, who sings and plays bass in Fire Dog, has long been one of St. Louis' foremost children's entertainers.

"She's probably my biggest influence — I've known her since I was fourteen, when I was really just starting to make music," says Pagano. "I think maybe the first time I heard her sing 'Rainbow Connection' I was sold — it was a different approach that I hadn't seen before."

That sense of optimism permeates pretty much all of Fire Dog's output, from Pagano's wide-eyed and big-hearted delivery to the hopeful lining that skirts Endangered Species Project.

"There are little pieces of the story where we had a way to make things right," says Pagano. "We can do things to help us live more harmoniously with all creatures."