In recent weeks, a bunch of local musicians unleashed new tunes on the masses. Here's a brief round-up. Know of anything else? Leave a comment. 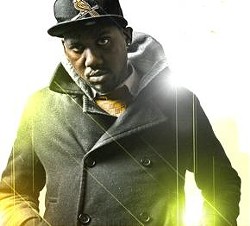 Pokey LaFarge & the South City Three, "Brick Thieves" Occasional RFT contributor Bill Streeter is making a documentary about the city's unique relationship to (and with) bricks, called Brick By Chance and Fortune. (Incidentally, Streeter has also reactivated his Lo-Fi Sessions; in recent weeks, he's taped performances by the Blind Eyes, Beth Bombara and Sleepy Kitty.) The soundtrack to the film will include original music by Mat Wilson, Irene Allen and Pokey LaFarge and the South City Three. The latter's "Brick Thieves" is available for download here.

Tef Poe, featuring Theresa Payne and Rockwell Knuckles, "Crazy" Produced by Tech Supreme, the formidable "Crazy" is yet another example of how the Force's (collective) songwriting talent continues to evolve. Payne and Knuckles alternate vocals on the keyboard-streaked chorus, as Timbaland-caliber beats drive the verses. A radio hit in a parallel universe where radio is actually adventurous. Grab it at DJ Needles' blog, Ghetto Blastic.

Illphonics, "Goodbye" Hip-hop troupe Illphonics is releasing a new EP, Illusion, on October 19. It'll be available for free via its website, illphonics.net, and was completely self-produced by the band. The first single is the Outkast-esque "Goodbye"; stream it below. Judging from the energy and layers in the song -- wailing guitars, syncopated drums and lush chorus harmonies -- the band's collaborative process was a smart one.