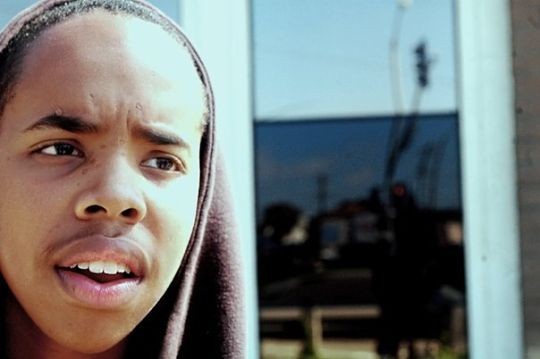 At this point, the story of Odd Future rapper Earl Sweatshirt's disappearance seems to have lasted almost as long as his early career. The 17-year-old is known almost as much for his brash, aggressive and strictly NSFW lyrics as he is for the fact that almost no one knows exactly where the young phenom is. The New Yorker's compelling May article revolved around the idea that Earl is holed away in a school in Samoa of his own will, a fact that the group's leader, Tyler, the Creator, is contesting with a level of heat comparable to the enormous attention his own career is getting. And while we can't do much to settle the score, the minds behind A to Z remain enthusiastic fans of both the outspoken collective and its hidden soldier. With that in mind, we've created a list of the places we wish Earl could be.

5. Canada Canadian rap has a terrifying history. Ever heard of Snow? Most of us would go through some sort of Eternal Sunshine process to make our mind spotless after having just clicked on that link. That is what makes this idea so genius, though. No one would ever suspect one of the most sought-after rappers in North America to be hiding out in the home of Dudley Do-Right and fries covered in gravy. We didn't really expect him to be in Samoa either, though. Just saying.

Think about it: This isn't even the only almost-conspiracy theory on this list, but wouldn't it be kind of awesome if we found out Earl was secretly hiding out in LA the entire time? He could be working on a concept album, coming up with a new acronym for the collective (Odd Future Wolf Gang Kill Them All, or OFWGKTA, gets pretty clunky), recruiting new members, firing old ones, investing the money from those "Free Earl" shirts, creating a new religion or recovering from a really tough night out, all activities that could use up quite a bit of alone time. If he were doing all of these things at once, even better. The dude is only 17, after all.

3. Tyler, the Creator's mind Have any of you actually met Earl Sweatshirt? We haven't, either. Not to be like one of those people who maintains a Beatles conspiracy blog, but his short life on the New West rap scene could probably be found to be a hoax if we dug far enough. His partner, the notoriously prolific Tyler, the Creator, could easily have an alter ego that just so happens to book it for Samoa the second Tyler's career begins to explode. As a runner-up, we could even work in a kind of Being John Malkovich set-up here: Earl is the John Cusack character currently lost somewhere inside of Tyler. 2. St. Louis So, the city has a pretty ridiculous amount of rap talent already. This year's S.L.U.M. Fest was practically a smorgasbord. But that's not a problem: We have room for more. In between his insight on necrophilia and generally tough world problems (Key line: "How the fuck I fit an axe in a satchel?"), he could even help the city take on some of our own. We can see it now: His comeback album could tackle such polarizing issues as the Del Taco building, the Chuck Berry statue going up on Delmar and why the hell people like Provel cheese. He could even get rowdy and throw up on some of our local landmarks for the music video, much like he did in the one below: