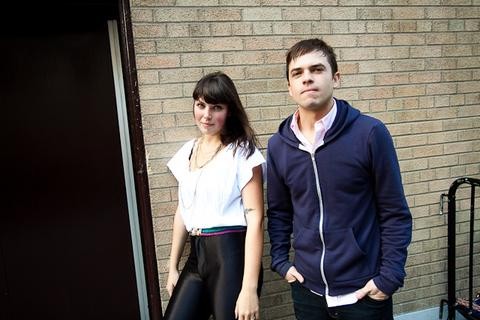 Javelin Sounds like: Clever, experimental Providence, Rhode Island, DJs with an appreciation for 8-bit Listen to: Javelin's remix of The Very Best, "Julia (Javelin Re-do)" Odds of Breaking: 80% Why I have my doubts they'll break: David Byrne's world music label, Luaka Bop, will officially be releasing the Brooklyn duo's No Mas April 6 and it's easy to see that this pairing shares a common interest in playing with the idea of "world music." A strong musical and visual purpose clearly drives this pair of cousins, but the parts are greater than the watered-down sum. Live, the buzzworthy Brooklyners use enough electronics to make a submarine and are somewhat entertaining -- but overall, felt ho-hum, if last December's gigs were any indication. With a slew of shows in Austin and beyond (they'll be opening for These are Powers and Yeasayer, too) Javelin has hopefully tightened up their live knob-turning -- err, performance.