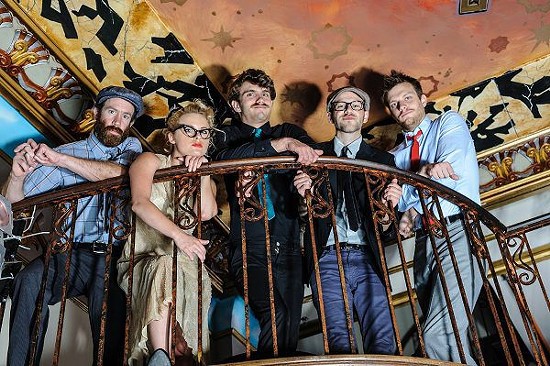 If you added thought balloons to photos of Arthur & the Librarian at any of its shows, they'd all say variations of "Holy shit, I can't believe we're actually doing this!" Onstage, members of the folk group grin madly and bounce awkwardly while appearing surprised that people would pay to hear their sway-inducing tunes. It's like when Taylor Swift feigns shock as she receives an award, but you actually believe that Arthur & the Librarian means it. The effect is almost as enchanting as the music itself, which is best enjoyed while sitting in a park on a sunny day with a light breeze. With evocative songwriting, emotional harmonies and some damn thoughtful ukulele, Arthur & the Librarian songs kiss love both hello and goodbye. -Allison Babka 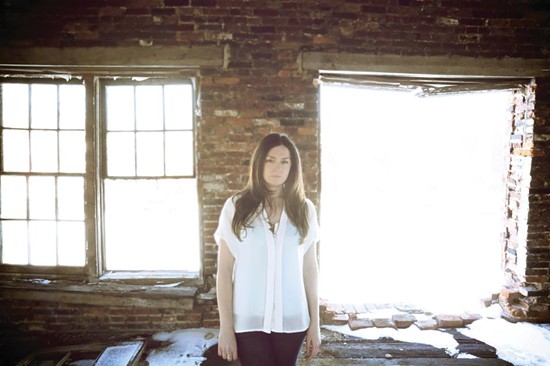 It's been more than three years since Cassie Morgan and the Lonely Pine (a.k.a. Beth Bombara) released the Weathered Hands, Weary Eyes CD. Two months ago, just in time for Record Store Day, Morgan released a solo seven-inch single recorded "in a pole barn just outside of Wichita, Kansas" (so says her Bandcamp site). On "A Day Longer" and "Wake Up," Morgan takes a step sideways from her moody folk material, adding drums and electric piano to the mix for a fuller sound. "Wake Up," a local favorite, is highlighted by shimmering guitars and a generally foreboding feel. It's a wonderfully dark yet melodic sound that shines brightest in a live setting. -Mike Appelstein

The departure of three founding musicians saw Dots Not Feathers acquire four new members, flooding the band with sinewy synth patches and trampolining hockets. The new sound is one derivative of the band's cornucopia of musical interests. DNF sounds like a web strung by strategically placed fibers, all indicative of disparate influences that span genres. Tracks from upcoming LP The Readiness Is All... are awash with scattered sonic surprises: Down-shifted tempos swerve into R&B bass undulations and Bop-It chirps, just covered by the two-part choir of omnichordist Jessica Haley and keyboardist Katie Brooking. DNF even exchanges lead singers from track to track with Haley and guitarist Ryan Myers homering over compositions that change directions faster than a knuckleball. Bassist Chris Dickey and percussionist Nick Blackburn are always ready to bat, honing their skills on the side as part of a metal band — another reason why DNF's version of folk is not so folk-y after all. -Blair Stiles