For Christmas, What do you Get the Music-Loving Acquaintance who Already has Nothing? 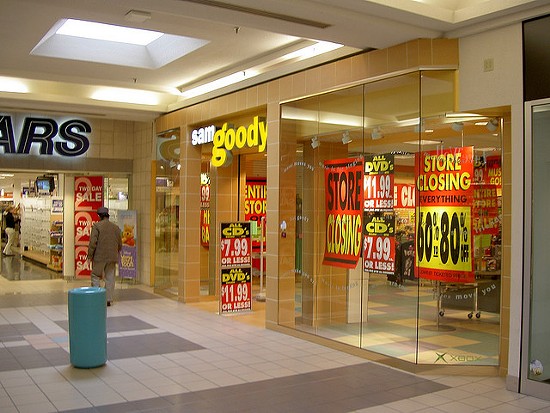 Deep inside Spotify headquarters, at this very moment, some poor marketing team is tasked with the idea of making Spotify gift accounts sound like a good idea for a Christmas present. I know this because I am too cheap to pay to make the Spotify ads go away.

So far they've been wise enough not to try to dramatize the actual gift-giving act, because that's where the whole thing would fall apart. "Merry Christmas, person for which I'm trying to communicate my affection. I got you all the songs. For a month. None in particular, just--"

See also: -The Ten Worst Christmas Songs. Ever. -Does Spotify Mean the End of the iPod and Your Music Collection? -Why People Hate Christmas Music

Anyone who's been to a shrinking shopping mall this season knows the problem: As physical media vanishes, and more pieces of our lives live as files on a few very expensive computers, there just isn't much to wrap anymore.

Books, CDs, video games--all the gifts that say "You are a person I feel obligated to buy a gift for, and I know something about your hobbies" can now be downloaded more easily than they can be picked up. Eventually the Galleria will just be a hundred boutiques for middle-aged female executives wrapped around a Build-a-Bear Workshop, which will sell sharp-looking teddy pantsuits and 3D printers so that you can build your own bear the next time.

So what's the answer? What do you get for the music fan who already has nothing?

1. Spotify. Don't do this. It's like a cheese-of-the-month-club membership where the card says, "Pick any cheese you like, or whatever." Their only physical interaction with the gift will be scratching foil off of a confirmation code with their car keys.

2. Concert tickets are a nice idea, and they make a good physical impression coming out of a gift bag, but the implicit time commitment might put a strain on your near-friendship.

Going to a concert together isn't just high-fiving in the middle of that song you both like, even if that's the image that drove you to StubHub in the first place--it's driving out to the venue, apologizing for your inability to parallel park, waiting around for the opening act to finish playing its 10 minute song about the Middle East, and then driving back bleary-eyed and awkward when it's finished, after midnight.

Implicitly this gift is saying, "Merry Christmas: I think the best thing you've got going for you next month involves spending five hours or so with me." So make sure that sounds fun, instead of terrible, before you jump on those Reel Big Fish tickets.

3. A Walkman. These are coming back, because there are now people out there who never actually relied on a Walkman to listen to music, and have no idea how awful they were. It's the music equivalent of making a million dollars in the tech industry, retiring, and then deciding it must be neat to be a tenant farmer.

4. Spotify Sorry, but these ads show up every two or three list items unless you're an RFT Music Premium subscriber.

4. Services. Because I am a blogger and my girlfriend is an erstwhile East-Asian Studies major, we've sworn this year to to spend zero dollars on our Christmas gifts for each other. I know how this sounds, but rest assured: We are exactly cheap enough not to chicken out and do the O. Henry thing at the last minute.

As part of my side of the deal, I am attempting to do the impossible: Tag, organize, and find album art for her enormous iTunes library, which is partially East Asian in origin. I'm just getting started, and there are probably 500 Unknown Albums with three unnamed J-Pop songs in them still to go. If you don't have a lot of money, but you do have a prescription for Ritalin and something like 30 hours on your hands, this is not a bad idea.

5. Memorabilia is a perennial winner, and it's the best one I've settled on. My brother is one of a few die-hard Blind Melon fans born after 1990, so last Christmas I found an old record store display for one of their albums and jumped on it. Most of the inventory in that Sam Goody where you shopped in 1994 is worthless; all of the ephemera -- the posters, the end-caps, the VHS promos with two sullen hosts talking about the new Candlebox album -- has become valuable. Thanks, internet.

The weird thing: As people have moved their music collections (and shopping) onto computers, albums themselves have become memorabilia, divorced from the music that's on them. Which brings me to my real point: If you settle on a mint-condition vinyl copy of Wings At The Speed of Sound when you're shopping for me, this year, don't worry. I'll love it -- it was so thoughtful of you to remember I already owned Back to the Egg -- I'm just not sure I'll ever actually listen to it.