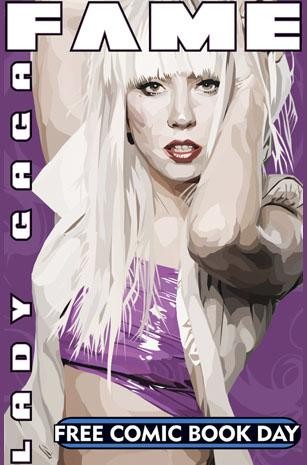 This Saturday, May 1, is Free Comic Book Day. Star Clipper in the Loop has assembled a full day of entertainment for the occasion. Music-wise, Sleepy Kitty will be performing twice -- from 10:15-10:50 a.m. for those waiting in line for the store to open at 11, and again at noon inside. Superfun Yeah Yeah Rocketship is on at 1 p.m., and DJ Parisian from Safety Words will be spinning tunes and mixing Nintendo music at 2 p.m. On top of that: Comic creator Larry Young, the founder/publisher of Ait/Planet Lar and creator of Astronauts in Trouble will be signing autographs/meeting fans from 11 a.m. to 1 p.m. Local comic talent Ben Sawyer (whose Egyptian/hip-hop hybrid comic Age of Illumination we wrote about last year) will be doing sketches from 1 to 3 p.m. If that wasn't enough? A couple will be getting married at Star Clipper as well. Aww.

Of course, the real carrot at FCBD is the free comics given away. This year the goodies include the debut of a new series called FAME. The first title is a Lady Gaga comic/biography. [Update, 5 p.m.: Not written by S.E. Hinton. Blame the wording of teh press blurb linked...] A list of all of the comics given away is here.