Photo provided by the bar
A taste of the Nashville music scene has landed in the Gateway City.

Everyone knows St. Louis is all about the blues — after all, it’s part of the proud history of the city — and the music scene reflects those roots, with great venues to catch live blues shows daily. However, despite the comparable popularity of country music in the region, St. Louis has had precious few establishments dedicated to live country music.

Until now. The Binkley brothers behind Game 6 Honky Tonk (756 S. 4th Street) are on a mission straight from Nashville to change that.

Ryan and Jeremy Binkley hail from a small town near Lake of the Ozarks (two points for you if you’ve been to or heard of Eugene, Missouri). Jeremy left the Ozarks for Nashville, where he helped open and manage Paradise Park, a honky tonk on Nashville’s famous Lower Broadway, for four years. Upon his return to Missouri, he and his brother Ryan decided to bring a part of what makes Nashville so special to St. Louis. 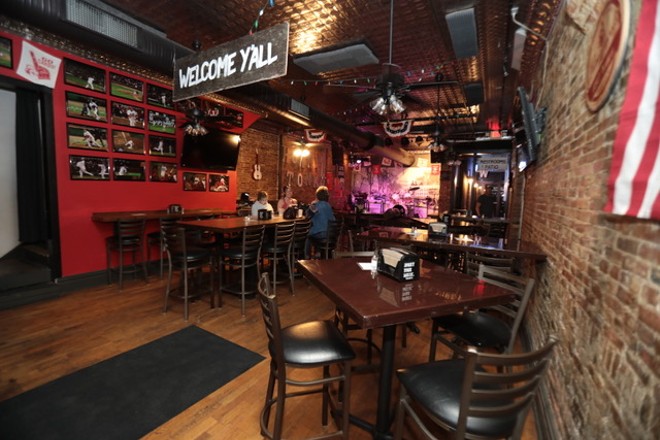 Photo provided by the bar
“Any time someone brings up Nashville, people get a gleam in their eye and talk about how much they love it," Ryan explains. "A lot of that has to do with their honky tonk-driven music scene, and that’s something St. Louis does not have.”

The brothers have taken over the space that previously housed Pastimes on 4th and are creating St. Louis’ first destination for live country music, with shows every Wednesday through Saturday night. The talent will be a mix of regional country artists and, with Jeremy’s connections from Nashville, many touring artists from all over the South.

At first glance you may see the name "Game 6" and confuse the spot with any other sports bar near Busch stadium, but this isn’t a shrine to David Freese, nor even a true sports bar. Sure, there’s quite a bit of Cardinals gear, and the TVs behind the bar will always carry the local games. But make no mistake: This is a place to watch music. 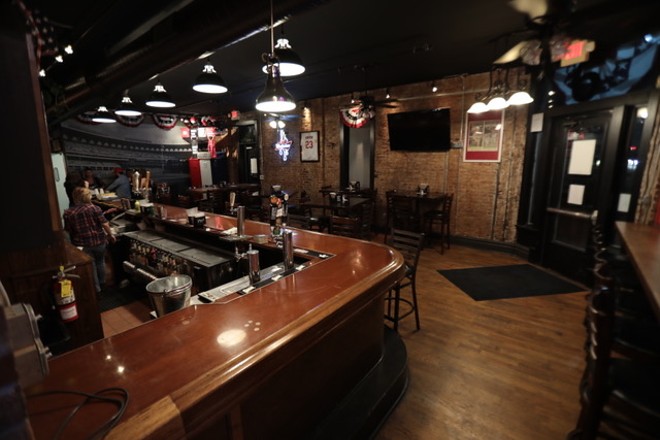 Photo provided by the bar
Though the music is the focus, the name is meant to inspire the good memories behind the thrilling sixth game of the 2011 World Series. As Ryan puts it, “We wanted to glorify the best moment in Cardinals' recent history. The excitement that came from that game has become iconic in this city. Everybody has a game six story, and we wanted to take that positivity and proximity to the stadium to name the concept.”

Good news for Cards fans: the bar and restaurant will also be open for every Cardinals home game, in addition to the regular Wednesday through Saturday hours. More good news: The food program at Game 6 isn’t just an afterthough. The small but quality menu of bar staples has been handcrafted with care by Jeremy Binkley.

Photo provided by the bar
“Our hamburger meat is sourced locally from a farm near where we grew up; our hand-dipped corn dogs remind you of something from the local fair," Jeremy explains. "This isn’t your normal frozen bar food.” The beverage program follows the same ethos, highlighted by a robust list of local beers — just like most Nashville honky tonks, this is a beer-and-shots kind of place.

In short, minus a Southern drawl and the five-hour drive south, Game 6 Honky Tonk is just the excuse you need to don cowboy boots and listen to music about someone’s broken heart — finally here, right in the heart of downtown St. Louis.

Ellen Prinzi is our bar and nightlife writer, she likes strong drinks and has strong opinions. You can catch more of her writing via Olio City, a city guide app she started last year.