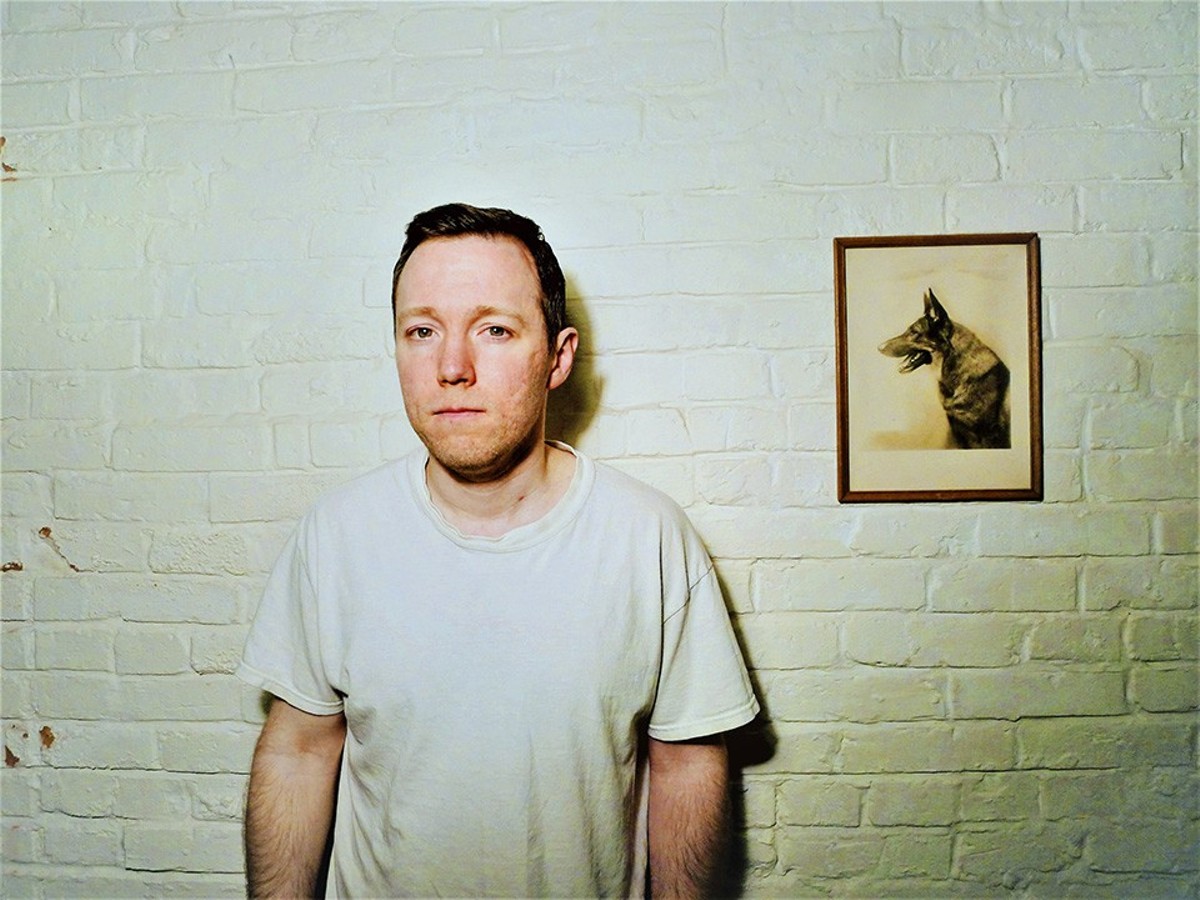 The normally self-critical musician calls his new material "the best stuff I’ve ever done, easy." VIA THE ARTIST

Son of the Pale Youth

At the end of August, after a long spell of inactivity from his band American Wrestlers, Gary McClure sent me an email with a new track attached. "Happy Sunday," the message said. "This song almost ruined my life."

That song, "Devils," was a step away from the propulsive and grunge-indebted sounds his band had reinvigorated across two albums released on the venerated indie label Fat Possum. McClure's high tenor voice is cloaked in a cathedral's worth of reverb; gradually, the acoustic guitar and upright piano get augmented by a moody cello, distant horns and a solemn organ. It's not until the song's final act that American Wrestlers' hallmarks — well-orchestrated noise and a punkish trajectory — are briefly referenced in an avalanche of violent strings and overdriven guitar. The last thing we hear is a raggedy guitar figure and McClure's wordless cooing coming from some cavernous, remote place.

As it stands, that's the last anyone will ever hear from American Wrestlers. Despite the relative success of 2016's excellent Goodbye Terrible Youth, McClure's struggle to move the band to its next stage manifested itself in the trial to perfect "Devils." He wrestled with it for half a year before scuttling the track to Soundcloud, where it has currently logged around 500 spins.

"I couldn't not finish it, ya know?" McClure says over tea on a recent Sunday afternoon at Sump Coffee. "I knew it was gonna be really good, but I didn't know how to finish the thing. I thought I knew what I was doing with it, so I was repeatedly beating my head against a brick wall trying to make that work.

"Almost every night for six months I sang this fucking song," he continues. "I think it was because I wasn't supposed to be doing it."


So rather than torment himself to create music in the idiom of American Wrestlers — fuzzy, rangey guitars, distended synths and a full-bodied rhythm section — McClure's next act finds him simplifying his approach down to the bare essentials.

Now recording as Son of the Pale Youth, McClure uses nothing more than an untreated electric guitar, his ceiling-scraping falsetto and loads of reverb to craft delicate songs that employ a strange mix of English folk structures, jazz-inflected chords and bedroom R&B ennui.

"I think it's the best stuff I've ever done, easy," McClure, normally an unforgiving critic of his own work, says of the new songs. "It's very simple, very pure — I almost didn't want to put words on it. It felt like I was corrupting it. So it's just singing and guitar, all one take together. It's as pure as it can be."

He's posted a collection of these recordings on Soundcloud under an album called Servant to the Pilgrim, but McClure notes that these songs exist in a liminal space — they're complete ideas, recorded in one take, but he would be open to re-recording them should a label come courting. But based on the initial offering, Son of the Pale Youth is stark in every sense of the word, eerily spartan where American Wrestlers engaged in a kind of pawn-shop maximalism. McClure's voice has always sat in a higher register, giving some sweetness to the crunch of his overdriven guitar; but here, amid porcelain guitar figures, his voice takes on an almost feminine quality.


This move toward solo performance is typically atypical for McClure. A native of Scotland, he spent most of his formative years in Manchester, England, forming the collage-heavy rock group Working for a Nuclear Free City as a teenager. That band's brush with indie-rock buzz led McClure to a quieter, lushly adorned solo record called Wreaths. By the time he moved to St. Louis to be near his wife's family, he was recording as American Wrestlers and sending out cryptic, detail-averse missives to music blogs and record labels. His gambit scored the Wrestlers a deal with Fat Possum, the label that helped shepherd the Black Keys from basement bars to arenas.

And while Goodbye Terrible Youth netted McClure some of the earmarks of indie success — positive record reviews, a national tour — the urge to simplify was a novel approach for a musician whose earliest impulses led him to embrace and corral the power of well-crafted noise.

"I always just felt like I needed to construct something and really think about it, and I don't," he says. "I don't think that anybody needs to do that. The simple way is good."

McClure would have been within his rights to simply release these songs as another American Wrestlers release; after all, that band's self-titled debut was performed solely by him on cheap instruments and recorded to a four-track. But it was important for him to plant a new flag for the project.

"I think it can generate its own steam rather than people picking up on what I did before. It's the first thing I'm actually happy with," he says. "The other stuff I can't listen to."

Son of the Pale Youth will have its inaugural show at Foam on Thursday, February 28. McClure, who has entered his second decade as a live performer, shows no sense of nerves.