Guerrilla Theory Is One of This Year's STL 77 Honorees 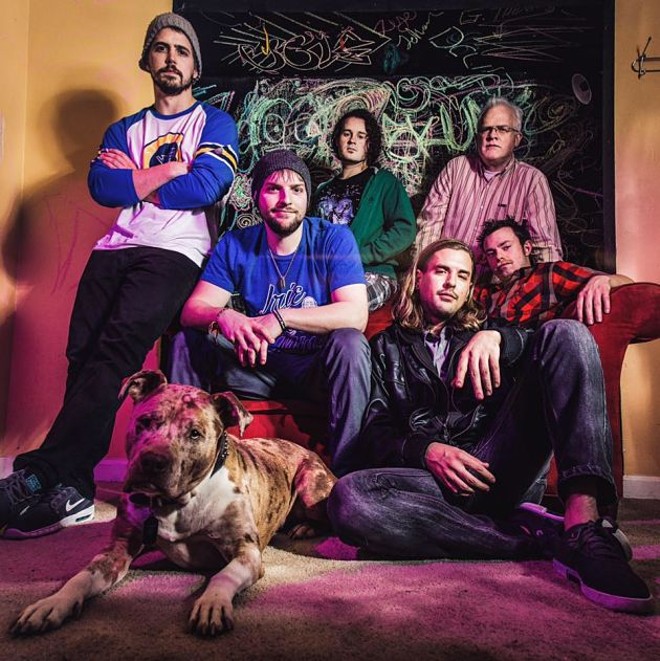 VIA OFFICIAL WEBSITE
Once again in 2018, ​the RFT recognizes ​St. Louis' ​unparalleled musical talent by presenting the STL 77, ​our list of 77 acts who did big things in the last twelve months. From now through June 16, the kick-off date of our huge two-day music festival ShowcaseSTL, we'll be announcing two ​honorees per weekday on our music blog. For last year's STL 77 picks, go here; for the complete lineup for ShowcaseSTL, go here.

If you’ve ever wondered if renowned hometown heroes the Urge inspired younger groups, look to Guerrilla Theory for the band's second coming. Awash in Sublime-era ska and easy-going rhythms, the six-piece outfit has more hits than a bong convention outside of Denver, blending a mish-mash of styles from hip-hop, reggae and alterna-rock to form their own party-centric sound. The band has been making its way around the local scene since 2015, playing to crowds at the Pageant, Delmar Hall and Pop’s, and they’ve been steadily dropping videos on YouTube, following a debut album release last fall titled G-OMETRY. Raise your beer and enjoy the good vibes. It’s 4:20 somewhere, right?