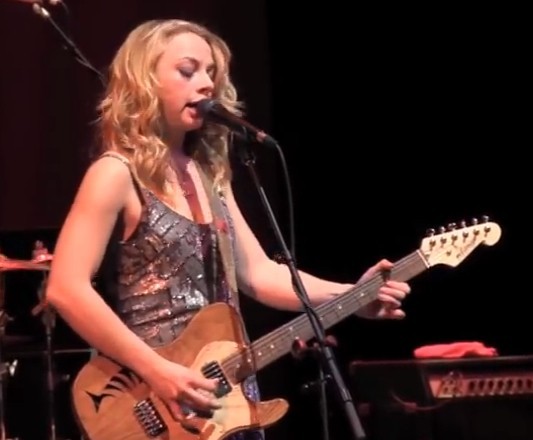 Celebrating both St. Louis' blues legacy and the refreshed cobblestone streets of Laclede's Landing, the Big Muddy Blues Festival is expanding its variety of blues music for 2014, with influential artist Guitar Shorty and blues-rocker Samantha Fish headlining this year's event.

Slated for Saturday and Sunday, August 30 and 31, the two-day festival promises more noteworthy national and regional artists that showcase different blues styles and sub-genres. Plenty of local acts, to be announced later this month, will round out the family-friendly event, and the festival's website promises that 30 acts will perform 20 hours of music on three stages

"We have lined up some major talent from across the blues spectrum, and we think this will be the most vibrant Big Muddy yet," says John Clark, president of the Laclede's Landing Community Improvement District.

Guitar Shorty, a formerly nomadic artist now based out of Houston, Texas, will headline the festival's August 31 lineup. Born David William Kearney, Shorty has garnered accolades over many decades for his modern guitar work and his showmanship. Having performed with Ray Charles, Little Richard, Sam Cooke and T-Bone Walker, Shorty is widely credited with influencing Jimi Hendrix and Buddy Guy.

Learn more about the festival lineup and Laclede's Landing improvements.