Hail to the Self-Appointed DJ: A Rebuttal 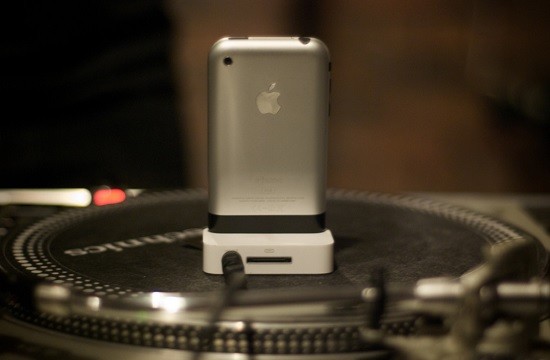 I have never met Mary Grace Cerni. She appears to be someone that I would really like -- a Los Angelino with strong opinions she is unafraid to share, a lady who enjoys a solid party and a good writer with presumably excellent taste in music (although if you continue attending Lorde shows, Mary, people may begin to doubt that). I have, however, met the recent object of her derision, the "lame, wannabe DJ" who takes command of the music by plugging in his own device without being asked. This may not sit well with Mary, but I know that guy. I like that guy.

I am that guy.

See Also: To the Lame Wannabe DJ with the iPod: Stop it

Now, Mary, before you "hang the DJ" (as the great Morrissey would say), let me explain. Not every host or designated DJ slaves for hours over her MacBook (humblebrag?), cobbling together the perfect playlist in the way you describe. Far too many hosts treat music as an afterthought, if it is even a thought at all. To those of us who understand how music can be so critical to creating the ideal climate for a great party, that is more than a shame; it is a tragedy. A tragedy that can be easily corrected by a quick change of device and a couple of clicks.

So, if you are wondering exactly what kind of musical scenario could be so dire as to make the iPod intervention not just acceptable but necessary, let me provide you with three real-life examples when I was left with no choice but to take the reins:

Party Emergency No. 1: In the middle of what can only be properly described as the playlist of doom, a familiar voice appears. Wait, is that Hootie? Yes, it was. Not with his Blowfish, mind you, which at least could potentially have some ironic entertainment value. No, this was country Hootie. Unless you are at a party at Hootie's house, this simply must be rectified. Actually, even at his house, you would still be right to step in.

Party Emergency No. 2: I have a friend who is the best entertainer I have ever known. He and his wife are always obscenely generous with their fabulous home, serving topnotch food and alcohol while tending to every detail for the occasion. The problem is that this couple apparently owns one album, Bon Jovi's Slippery When Wet, for it plays on repeat every time I am there. Come on, guys. Even a karaoke bar won't allow "Wanted Dead or Alive" more than a couple times over the course of an evening.

Party Emergency No. 3: At an otherwise lovely affair, the host inexplicably attempts to play an entire Jason Mraz CD from beginning to end. I don't want to violate the pact I made with Mraz , so I will just leave it at that.

The point here is that sometimes an intervention is necessary, whether it is appreciated at the time or not. If Charlie and the rest of the Salingers hadn't intervened on Party of Five, Bailey would still be drinking heavily today. So, instead of abolishing the practice all together, how about we establish some basic ground rules for the aspiring self-appointed DJ?:

Continue to page two for the rules.