Send a News Tip
FYI: According to the venue's website, Creed's Tuesday, October 13, show at the Chaifetz Arena has been cancelled due to a "scheduling conflict." The show has been off the schedule for a few weeks now -- the comments over at Kevin John's blog announcing this are rather priceless.In fact, I'm surprised at the vitriol being thrown the band's way. Either way, perhaps it has something to do with Curious George Live!, a show that was announced on September 8 hitting the Chaifetz Arena from October 8-11 -- with the way tour schedules worked out (Creed's in KC October 10), the stage load-in would be tight.
I don't know, though. Come on guys -- couldn't both shows happen? What do you say, Curious George? 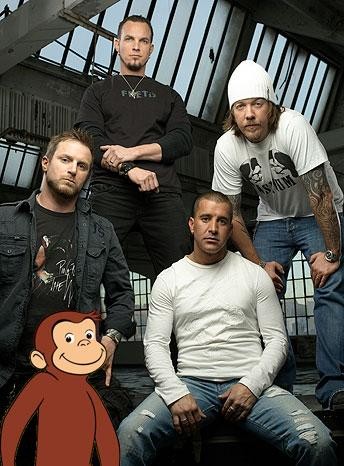