Block Boyz Street rappers coming from various rival gangs including Bloods, Crips, and Gangster Disciples, Block Boyz formed in 2003 with founding members C.O., J-Bliz, and Kco. After C.O. was killed in 2007, the group added new members, and eventually partnered with ButtaBoyz to form the St. Louis super group BlockNButta. Their radio-ready single "Dolla Afta Dolla" has charted in Memphis, they've worked with Yo Gotti and Vic Damone, rapped at the Chicago Hard Rock, and even had a sit down with Def Jam in New York. Versatile and energetic, the group's music ranges from party joints to tracks with a social message. They run a car wash at 3400 Goodfellow to support their touring, which has taken them all over the Dirty South. --Tony D'Souza 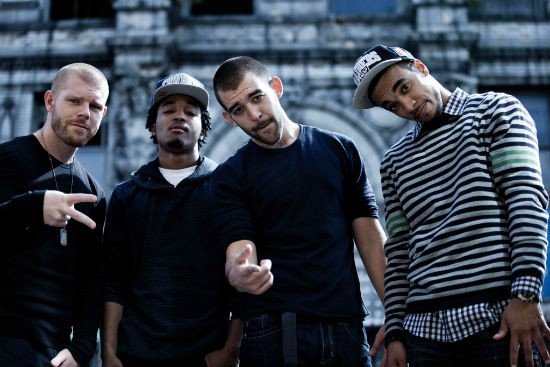 Doorway Doorway is always on the hustle, its members constantly visible at shows an online, releasing new mixtapes and videos seemingly every week. The group of MCs, which includes WhiteOut, RT-FaQ, L-Gifted, S.D. and Veo, may be full of young guns, but they're already veterans. Started by WhiteOut and L-Gifted when they were in eighth grade, Doorway's been around for a decade now. And its members know better than to expect handouts. Always positive in outreach and energetic in delivery, the East Side-based collective knows the strength in numbers. --Kiernan Maletsky

Courtesy of The Force

The Force With more than twenty members, the power behind the hip-hop collective the Force is its vast wealth of St. Louis musical talent. Including such luminous names as Finsta, DJ Needles, Bryant Stewart, Trackstar the DJ, Rockwell Knuckles and Family Affair, whenever the Force gets together, great hip-hop rules the stage. In the words of one of the group's spokesmen, Nato Caliph, "Commitment. That is the one word that can be used to describe our collective. Our goal is that when you hear the Force, you are instantly transported to a vision of the way things should be. Not only in music, art, fashion, promotion and talent, but most importantly, in support. We move in a manner which allows for us to be individuals while still being a greater whole. This is what we strive for, this is the Force, and here, everybody wins." --Tony D'Souza