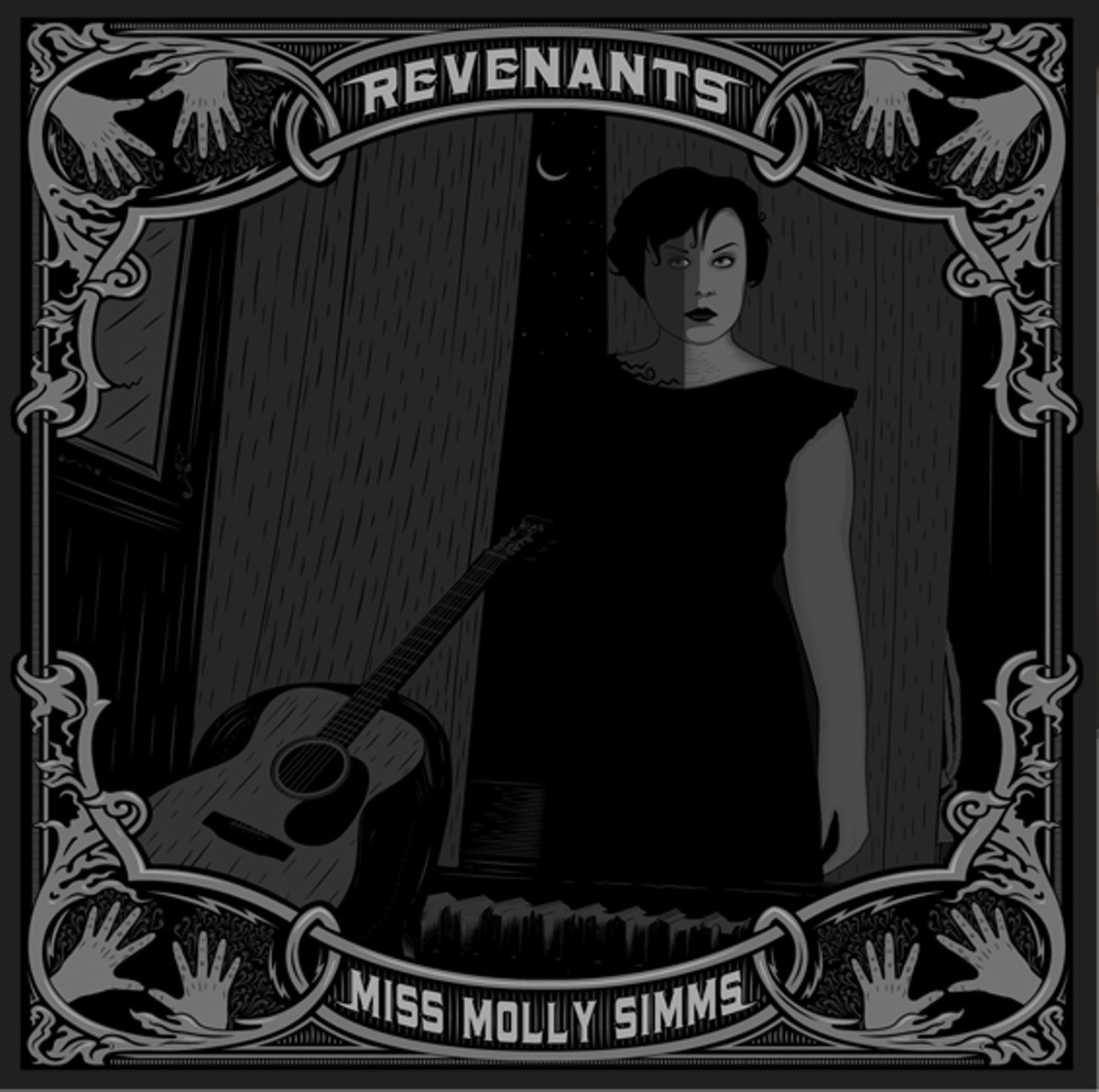 Make no mistake about the music that Miss Molly Simms performs — she's a blues musician and sets out to prove it on Revenants. Opening track "Angry Evil Woman" kicks off with a molten howl — proof that, as the lyrics suggest, she has traded her soul for the blues. By the record's end, "Ain't Much" gives a softer, more ruminative view of the artistic life — but even as Simms imagines her ultimate happiness, she'll be forever singing the blues. Luckily, she has the voice for it: Still in her early twenties, Simms sings like a woman more than double her age — she carries an emotional weight in her delivery, one that veers toward twang more often than not. You don't have to bend your ear to pick up the traces of Lucinda Williams throughout the eight-song album; "River Molds the Bricks" feels like it was cribbed from Lu's songbook, and its focus on geographical and emotional distances is sharpened by whirring Hammond organ chords and a pliant rhythm section. Later, on the piano-led "Smoke It Curls and Rises" in particular, Simms shoots for the strident tone of the best country kissoffs, but her lyrics lack the poetry to make the song stick. It's a recurring problem on an album that gives so much attention to her evocative voice.

Recorded in Nashville on analog equipment and with a sympathetic, unflashy band, Revenants hits some of the Delta's musical hallmarks — light traces of gospel hymns (complete with Biblically informed lyrics) and strummy roots-rock fill out the stylistic palette. Simms and the band occasionally veer for more traditional twelve-bar electric blues, but they never settle into a comfortable, convincing groove. The harmonica bluster on "Usual Suspects" can't blow the track back on course — the song plods where it should sway, and Simms sounds locked into a rhythm that denies her the necessary room. It's a reminder that for all the posturing and swagger associated with blues music, the genre is a nimble and gentle form at its core. That nuance gets teased out beautifully on the closing track, "Ain't Much." It's as bare as Simms gets on the record — artistic autobiography, romantic mea culpas and personal determination stand stark against a tender, minor-key electric piano and little else. The song underlines the record's unspoken thesis: that a song does need a I-IV-V chord progression and a guitar solo to be considered the blues. On those songs where Simms can summon her ghosts, she sings the blues regardless of what's playing behind her.