How Howards in Soulard Got New Life After a Massive Rehab 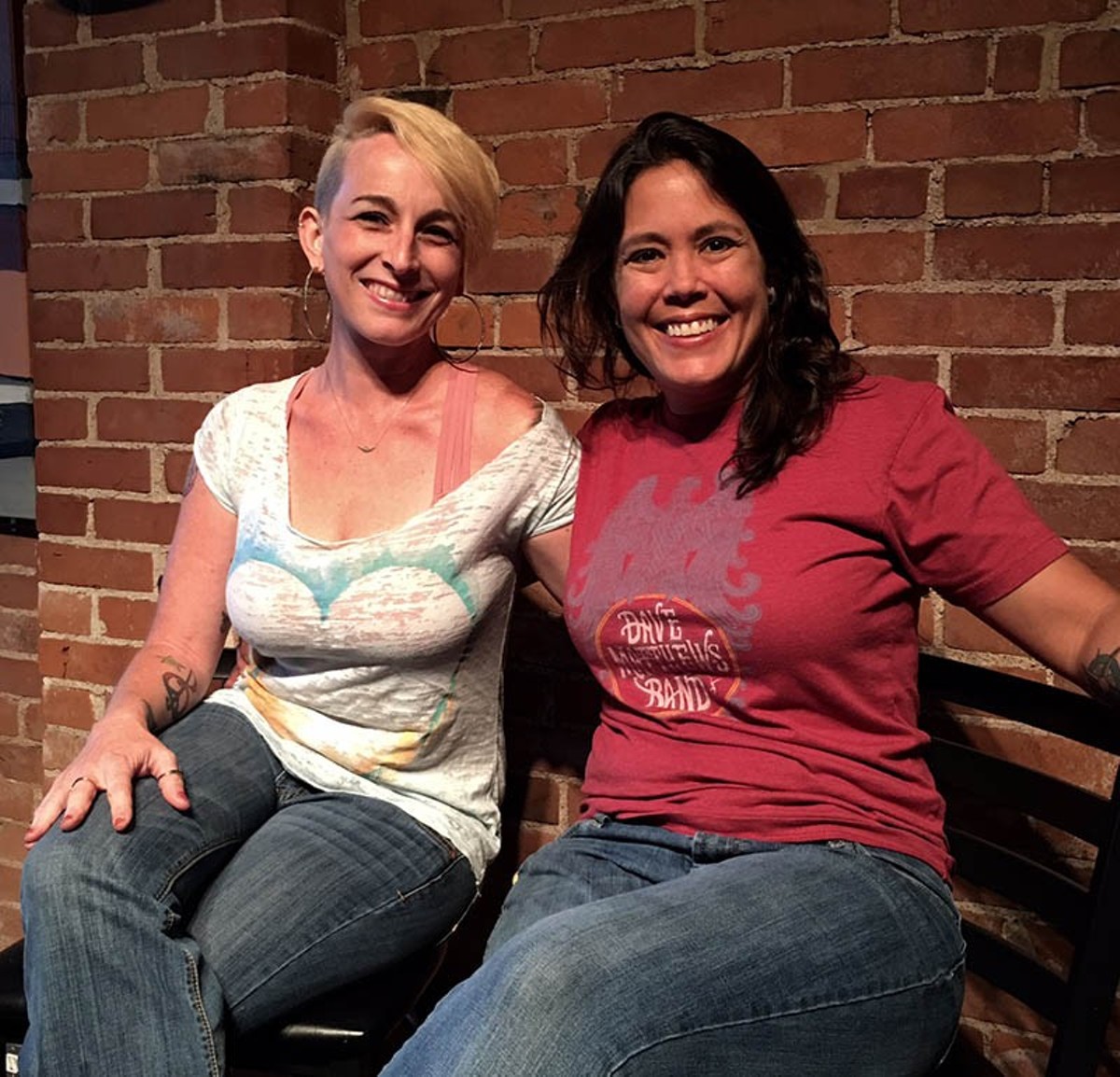 If anyone in the whole wide world was the right person to become the general contractor of a massive bar rehab project on the southern edge of Soulard, it was Judith Howard. Having lived in the area and renovated several residential projects inside what locals call "The Island," Howard had also been an acoustic solo act around town for over two decades when a unique opportunity for a venue presented itself.

The Hi-Way Bar was a semi-legendary dive at 2732 South Thirteenth Street, inside a building that housed all sorts of different businesses over the years, including a bar with an attached bail-bond operation (way back when the neighboring Mad Art Gallery was a police house including an functioning jail). Closed in 2009, the smoky, quirky little Hi-Way had fallen into disrepair. Though the bar's final owners, Patty and Possum Campbell, had passed away, the tavern struggled along for a couple more years before finally shuttering. In time, services to the building were cut off and the residents of eight efficiency apartments upstairs left. In their stead, the place eventually was occupied by squatters who liberally used and abused the building.

But, as Howard says, "the bones were good," and a personal tragedy brought her in view of her biggest renovation job yet. With no small amount of work, what was once the Hi-Way is now Howards in Soulard, a restaurant, bar and live-music venue, located just behind the Capitalist Pig and right across from Anheuser-Busch.

The place was birthed, as so many ideas are, through some bar talk.

"What happened is that my parents lived in Virginia," Howard recalls. "They'd visit once a year. And while my dad was staying at our house, just around the corner, he said, 'You do great restoration work; we should do a project together.' Shortly after that, he was diagnosed with pancreatic cancer. He passed not long after. One day, I was boo-hooing in my beer at the Cat's Meow, saying that my only wish was that we could've done that project together. My buddy was like, 'Go buy the Hi-Way Bar.' I had been thinking residential/commercial, but, maybe. Well, the owners had inherited it from their aunt eight years before. They wouldn't talk to real estate agents, lawyers, anyone else. But I called them up and said, 'I wanted to honor my father, and wouldn't it be cool to honor both of our relatives?'"

After an eventual purchase by Howard (and her partner Jenny Jones, who she met while both were working corporate gigs at Wells Fargo) came an outrageously paced six-month attack on the building. Her stories about that job, in which 86 workers and craftspeople contributed, are legion. Just demoing the space took work, as five full dumpsters were pulled out of the eight apartments upstairs. The whole of that mess was covered by a multi-layered roof, including the original 1888 version, which had been topped five times.

With over eleven tons of roofing material on there, instead of "what should've been about four tons," Howard says, "it's amazing that the place didn't collapse in on itself."

The current bar top and back bar were created from wood demoed from within the building. The barroom was raised by a full three inches to accommodate wheelchairs and full ADA accessibility. Big windows eliminated the Hi-Way's crypt-like vibe. As a musician, Howard wanted the place to sound as good as possible, too, figuring early on that live music would be a part of the experience there.

"I've been a professional bar musician for 28 years," she says. "These fourteen-foot ceilings have acoustic tiling. There's a layer of soundproofing under the floorboards so that the sounds don't bounce. It's designed with a PA setup so that the music should float in the top five feet of the room. You can have a comfortable conversation here, with sound that's crystal clear. And we're promoting that our stage is an inclusive thing: jazz, blues, honky-tonk, rockabilly, folk, acoustic rock. We've had a really nice roster of musicians."

While Howards was coming into being, other Soulard bars were transitioning into new concepts or closing — places like the Shanti, Riverbend and Clementine's, along with Luvy Duvy's in Benton Park. Building their staff from workers from those spots brought the musical vibe from some of those rooms along as well. On Tuesdays, for example, Howard's picked up Kimmie V's long-running open mic, an import from the Shanti. Both Jones and Howard talk at length about wanting a room that appeals to all ages and, for Soulard, that means pushing the average age up a bit from the norm. Or, as Jones says, not limiting "to just that Soulard, college-aged crowd."

Howard adds that "we say that we're 'by the neighbors, for the neighbors.' Culturally, we're a bunch of middle-aged, bleeding hearts."

"We're very tolerant," Jones says. "We did have to fight, a little bit at the beginning, the assumption that we'd be a gay bar. We're not exclusive, we're totally inclusive."

Well, they are for five nights a week, at least — on Monday and Wednesday, the place is closed. But there are live sounds on Tuesday, Thursday and Friday nights, with brunch entertainment on the weekends.

"We originally opened for more of a bar experience," admits Jones, who recently left her corporate gig to focus on Howards. "And we've evolved into more of a restaurant."

All of it found inside a building that was a happy accident, among the best city rehabs of the last year.

"I'm like an energetic architect," Howard half-jokes. "I'm here to listen to the building's wants and needs, and to make sure those spiritual needs are made happy."