In Superheroes of Blackness, Lamar Harris Goes Black to the Future 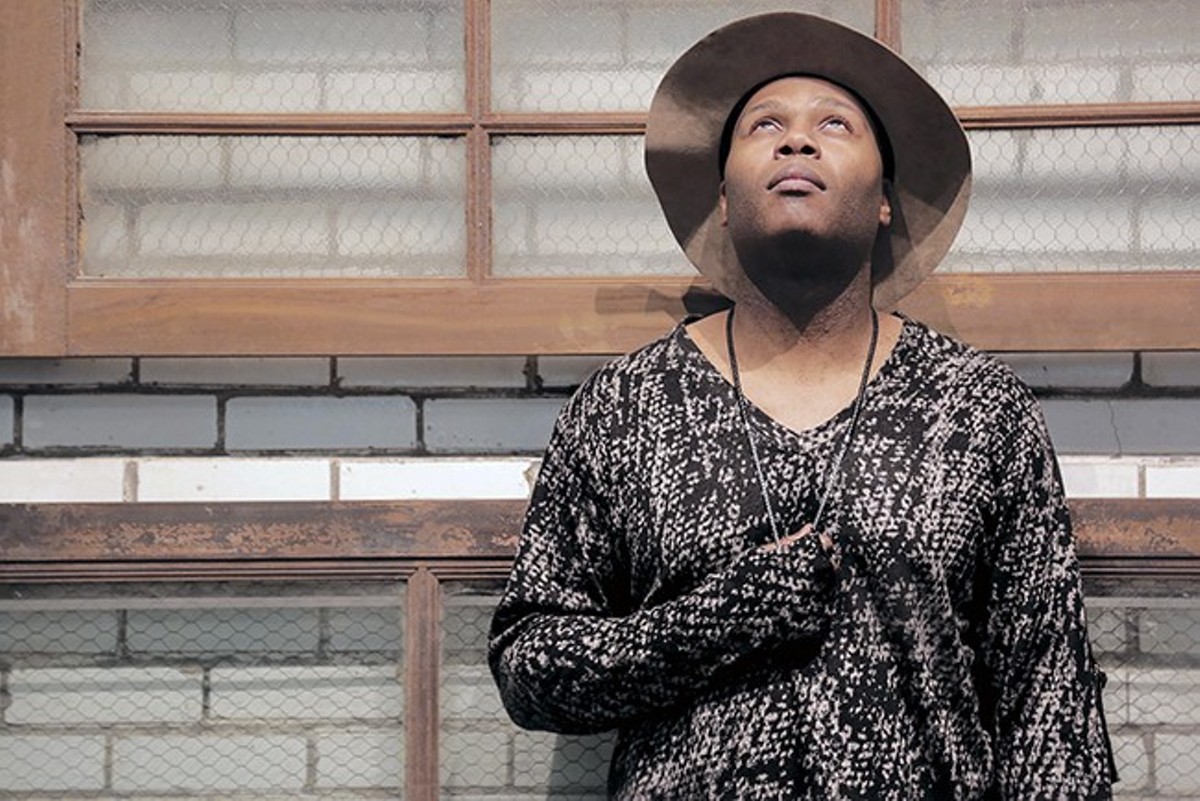 Lamar Harris, a.k.a. DJ Nune, wears many hats in the local music scene. VIA ARTIST WEBSITE

All the best superheroes have alter egos, another facet that adds humanity to their heroic personae. Mild-mannered Clark Kent labored as a gumshoe reporter when he wasn't leaping tall buildings as Superman. Bruce Wayne could, depending on his mood, operate as the dashing playboy or brooding humanitarian when he was out of his bat-suit. Being able to take off the mask is as important as the willingness to put it on in the first place.

Lamar Harris knows the value of the alter ego: By day, he's an in-demand trombonist, educator and musical director, leading his own combos in gigs at Jazz at the Bistro or coordinating music for public events such as Shakespeare in the Streets. By night, he steps behind the decks and transforms into DJ Nune, putting funk, soul and hip-hop into the blender and letting his mix liven the pulse of the party, be it at regular gigs at Lumiere Place or private functions, weddings and corporate events.

His latest project, though, will merge both of his musical personae. He's the brains behind Superheroes of Blackness, a multimedia experience taking place over two performances this weekend at the .ZACK theater in Midtown. Not quite a musical and not quite a concert, Harris has taken to calling Superheroes a "digital, theatrical, musical experience." For a musician who rarely stands still for long, it's a fitting mishmash of genres and narratives.

"It's kind of a mixture of Afrofuturism, but at the same time it's an exploration of African American superheroes you would never think of," Harris says of the show, expounding on lesser-known heroes like Blue Marvel and one of the earlier incarnations of Captain Marvel. And as the season's biggest superhero movie Black Panther was on the cusp of its release, Harris notes the synchronicity, but says that he aims to dig deeper into black identity and how it has been portrayed on the page.

"Black Panther is dope, and I'm glad to see that they're finally doing it the way they should be, out of the comics," says Harris. His show is both focused on telling its own narrative while highlighting other, lesser-known black superheroes from throughout comics' history. "There's a whole 'nother type of narrative. We're trying to explain some of this stuff but also just feature some of these characters."

Like many of the best superhero stories, Harris' production is no mere diversion from real-world problems. "The twist we're dealing with in this particular production is that we're dealing with a lot of real issues, too," he says. "The scene is set in 2609, so we're jumping back in time. The main character, LJay, who is artificial intelligence, is traveling back in time to deal with a lot these issues that are affecting her timeline. We're dealing with murder, homicide, sex trafficking, food deserts, miseducation — you name it, we're tackling it."

Harris sought assistance on many elements of the show, from script-writing to stage direction to set design. The music, though, retains some of his signature sounds — a mix of horn-fired soul and jazz with elements of hip-hop and beat-oriented music as well. "It's all over the place. Some of my original stuff, it's weird as it is sometimes — it has its own weird little space. It's kind of an expansion on my sound a little bit more," Harris says. A few weeks before the show's debut, he was still arranging parts and players, but he plans to include musicians from across St. Louis' many scenes, including soul-pop singer Paige Alyssa, jazz trumpeter Kasimu Taylor and turntablist Charlie Chan Soprano.

Harris and his collaborators will perform Superheroes of Blackness over two nights this weekend, and he has hopes to stage productions in future, both at home and abroad (Harris' recent award of a $20,000 grant from the Regional Arts Commission may help make this, and other projects, a reality). But as he takes the long view of his many musical alter egos, Harris thinks back to the advice given by his mother, shortly before her passing in 2015.

"My mother's birthday was yesterday, and I always go back to our last conversation," Harris recalls. "She asked, 'What do you want to do?' I said, 'I want it all.'