In the Studio: Sean Renner 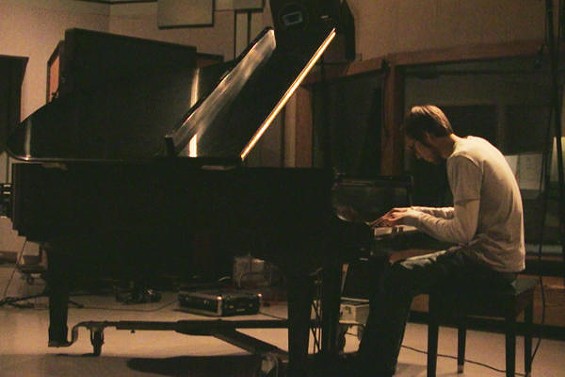 Sean Renner Where: Recording and mixing at the Bird's Nest (Home Studio), with a couple of recording and mixing sessions at Middle Tennessee State University Studios. With Whom: Engineered and produced by Sean Renner. MTSU sessions engineered by Cody McMahan. Mixed by Sean Renner with additional help from Cody McMahan When: August 2009 - April 2010 What recording: Sekhmet When due out? May 27. Renner says he'll "be performing the entire album with four other musicians at a release show on that date, location TBA."

Sounds Like: "The music has a very raw and natural feel to me, which I know has a lot to do with both the process I went by and the space that I was recording in," Renner says. "None of the songs were written before I began recording them. Instead, whenever I heard something in my head, or felt something new coming on, I was able to set up and record it right as it was still fresh in my head. I've done nearly all of the recording in the front room of my house. It has these beautiful wooden floors and doors, and high ceilings, and I think the sound of playing different instruments in that room inspired a lot of the music's sound and feel.

"The songs have a very rich, longing quality, but there's a heart-wrenching frustration and darkness that sort of lies in wait throughout the album, becoming more and more prominent as the story progresses," he adds. "I've just totally fallen in love with story as it's developed."

Renner just finished mixing the record at MTSU with Cody McMahan; a friend of his who lives in Atlanta is working on the album's art.