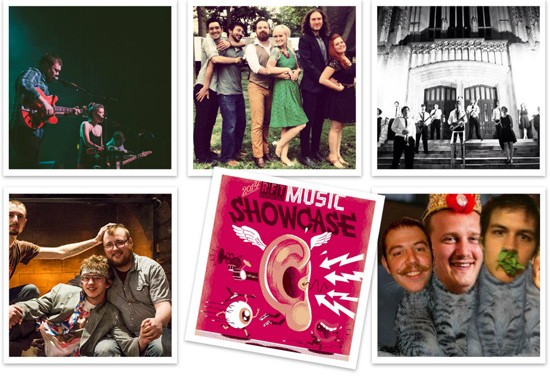 The 2014 Riverfront Times Music Showcase will be held this year on June 7 in the Grove! Think of it as St. Louis music's own official holiday and consider this the season.

Throughout May we at RFT Music will be making our cases for all 140 bands and artists nominated for an RFT Music Award this year, so that you will be able to make a fully informed decision with regards to your vote. Read on and get yourself acquainted, and we'll see you at the showcase! 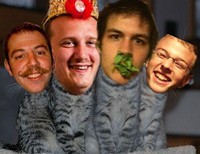 Looking past the occasional harmonic quirk, the tension in Brotherfather's music comes from the band's restraint. We know these guys can wail -- Chris Turnbaugh handled bass duties in local progressive band Groupthink, Dustin Sholtes drummed in the jazzy math rock outfit Primary Colors and Nathan Jatcko is a highly in-demand keyboardist (and unofficial member of Kentucky Knife Fight). The quintet chooses to lay back for the majority of its debut Walk It Off, spotlighting John Krane's conversational delivery, comparable to a twang-less Jeff Tweedy. When the instrumentalists take over, Nicholas Horn's fuzz-bathed guitar leads the group into Pavement-esque explosions, proving Brotherfather would rather self-destruct than self-indulge. -Ryan Wasoba

Doomed romances and near-fatal arachnid venom influence the poly-genre sound of Dots Not Feathers. Guitarist Stephen Baier spins webs of unrequited crushes between the branches of Jessica Haley's spindly omnichord to the delight of listeners who covet the cool shade of spacey sounds. Keyboardist Katie Brooking ranges from dexterous to bird-like as she harmonizes with guitarist Ryan Myer's bravado-swaddled vibrato. Chris Dickey and Nick Blackburn's bass and drum section is syncopated to imbue Baier and Myers' guitars with the pummeling power. Produced by Luke Arens of Shock City Studios and mastered by Secretly Canadian's David Vandervelde, the band's latest, Dolphin World, takes a swing at mainstream success with powerful sway over its audience. On record or live, Dots Not Feathers' multi-tempo arrangements and poetic lyrics hold court over all who see and hear. -Blair Stiles

The filter between Charlie Brumley's brain and his piano-playing, arrangement-writing hands is mercifully brief. In the past year alone, he's birthed the ambitious, genre-blurring rock opera Chrono Man, played keys alongside such disparate acts as Volcanoes and Via Dove, and led a stage full of musicians in tribute to Marvin Gaye. But the home base for Brumley's ideas resides in the ambitious, Americana-pop leaning Educated Guess, which has been a going concern for some time now. With the band, he can play tight, tuneful rock songs and allow them to stretch out with the aid of horns, strings and a trio of female vocalists. -Christian Schaeffer 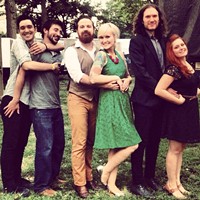 The self-proclaimed "Most Adorable Indie-Pop Band in St. Louis" has already toyed with taking itself to the next level (i.e. MTV series song placement, viral YouTube videos), but 2014 may turn out to be its biggest year yet. With the impending release of its second full length, Let's Love to be released on June 20, fans may as well cancel their Paxil and Zoloft prescriptions and let the band's artfully crafted, feel-good pop tunes do the work. But as strong as its songs are, it's the band's joyous live show that truly sets it apart. When you go to a concert and the folks on stage are having just as much fun as everyone else in the room, if not more, you know you're at the right show. -Michael Dauphin

Collinsville trio Stonechat hits many of the touchstones of the math-rock subgenre. Herky-jerk, interlocking riffs spiked with bouts of dissonance? Check. Unconventional time signatures? Check. Drums that sound like they've been shoved down a flight of stairs? Maybe, but the staircase would have to be built by an obsessive-compulsive master architect to match the controlled chaos of Charles Nehr's playing. Lyrics fit for a comic book? Check, complete with said comic book accompanying the band's new EP BACCO. But how many math-rock groups feature a carnival organ? Newest member John Beabout's cartoonish instrument often stands in sharp sonic contrast to Sean Ballard's springy guitar, but his playing complements each spidery buildup and noisy breakdown perfectly, with the final result coalescing into smart songs that pack prog structures into pop run times. -Bob McMahon