Intellect and Heart: Doomtree's Dessa wrestles with her most artistic growth yet on her third album 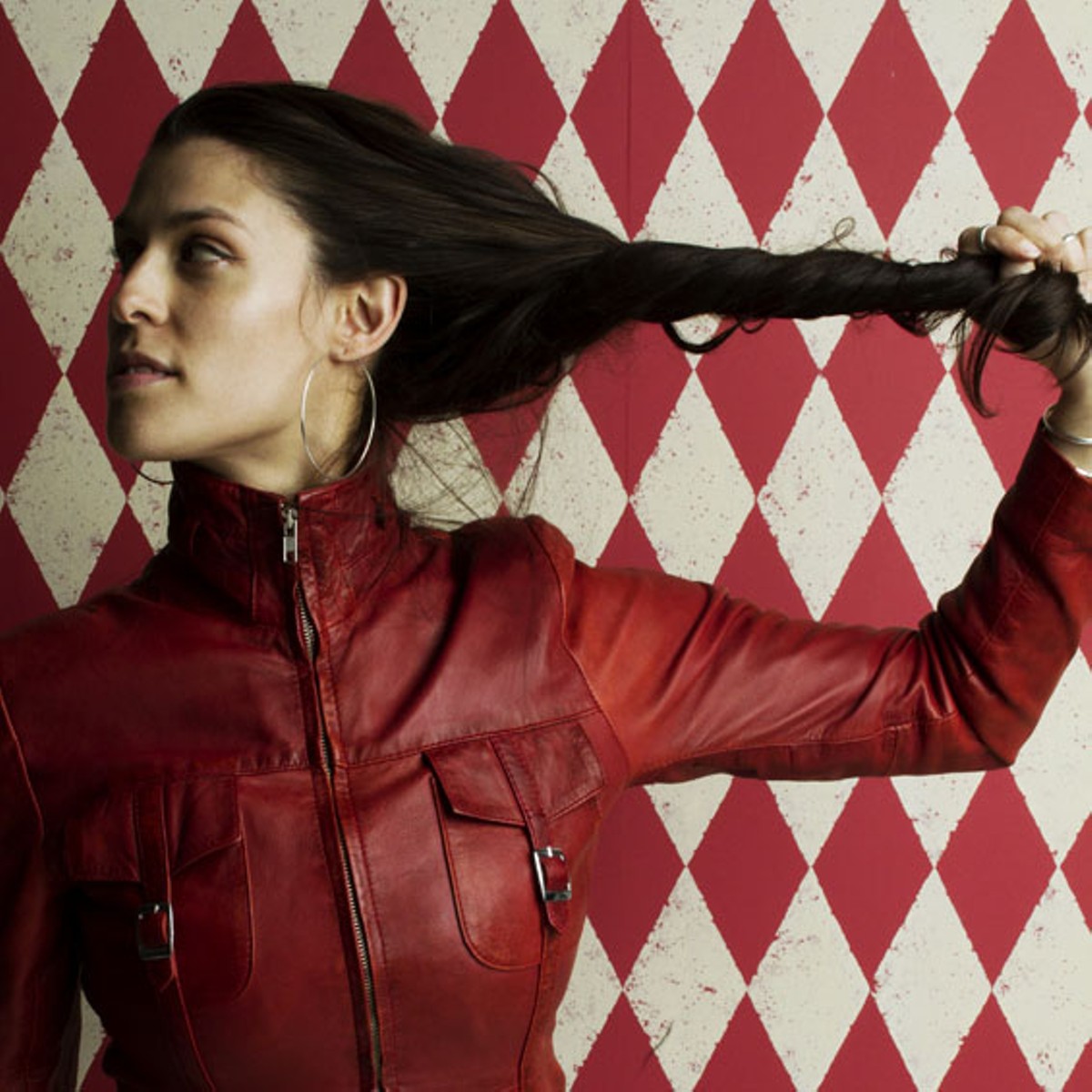 Dessa: "I think in some ways, music's like sex." Bill Phelps Diamonds

Intellect and Heart: Doomtree's Dessa wrestles with her most artistic growth yet on her third album

We meet Dessa on the sun-soaked patio of a local restaurant the morning after her 32nd birthday. She slithers into a chair, apologizing profusely for a scarce few moments of tardiness — blames the hangover. Her high cheekbones, her toned arms and her long, thick mane of dark hair would be intimidating if she didn't appear to be totally indifferent to them.

Presently, she is more interested in systematically attacking the dark chocolate brownie that someone has dropped off at the table for her. As discussion turns to her explosive new album, Parts of Speech, Dessa explains it with her own brand of dry realism.

"I think in some ways, music's like sex," she says. "It's not like every time you have sex, you're like, 'This is the different vision that I'm going for, for this episode of sex. Everything has really changed.' You just keep doing it, and you do it better."

On Parts of Speech, Dessa is doing her best yet — a deft blend of artistry and intellect. Her 2010 full-length debut, A Badly Broken Code, was a heavy, fifteen-track volume filled with equal parts rap, harmony and beats, while her 2011 followup, Castor, the Twin, was mostly reworked jazz versions of those songs. Parts of Speech is, in Dessa's words, her first truly "hybridal" record; it pays no allegiance to any genre. Half the songs on Speech were written with a live band. They flow smoothly through a captivating array of church choir-esque harmonies, dark orchestral progressions and bombastic, surging beats provided by Lazerbeak or Paper Tiger.

The common denominator in Speech is Dessa's masterful songwriting. When she sings about running into an ex-lover in "Call Off Your Ghost," it's a sobering look at the remnants of a failed relationship — a pathological exploration of loss and moving on, and it feels as real as a punch to the gut. "I don't think badly of her/I hope she makes you happy," wishes Dessa, "It's just a lot to ask to watch your future walking past me." When she spits out the lyrics to "Warsaw" with a vengeance, you can hear her angry determination: "I'm still living by my maiden name/The name I came with/The name I made/And I'm bare-faced at your masquerade."

Dessa's greatest songwriting achievement yet may lie in the delicate, devastating ballad "Annabelle." Its sobering narrative paints the picture of a girl whose grip on reality is slowly sliding. "Part of me is afraid to wake you from the dreams you have/And scared the scattered pieces won't come back together," confesses Dessa, and the portrait is all too real, too eerily accurate, to be entirely fictional. For Dessa, whose work is characteristically personal and often ominous, "Annabelle" is startling — though she objects to the comparisons of her art and catharsis.

"I'm not an artist who would say that music is therapy at all. I think that sort of exorcising your demons — the real work of it — is probably better done with a therapist than with a piano," she asserts, smiling wryly. Even in this calm setting, she sits upright, like a cat attempting to relax its muscles. It's as if she has already mulled over every possible question. "It feels sort of self-important to think that people would want to listen to me talk about my shit all the time. For me, it really ends up being a task where you look at the genuine feelings you have in your life and if any of those are prompted by struggle and conflict. Then you do the work of making that into music."

Struggle, conflict and work are, perhaps, above all others, the things that Dessa is most familiar with — or at least most interested in. On Speech, she gives us "Skeleton Key," and it is an anthem of ambition. "I haven't met a locked door yet/That I couldn't beat," she sings over stormy, dynamic piano and organ notes. It's the closest thing we have to a mission statement, and it speaks to the unique precipice that Dessa now finds herself toeing the edge of.

"When I think about growing from this position, if, you know, knock on ... stucco," she says, laughing as she taps her knuckles against the patio wall, "if this record were to put me and my band in a larger pool...that is scary. I've been able to work so far on the support of my fans. On the occasion where I have met record-industry types in LA and New York, I don't like it. They're icky. I don't want to have a life full of that."

This is a woman who graduated with a B.A. in philosophy at age twenty from the University of Minnesota. A decade later, she taught a rap and poetics course at the McNally Smith College of Music, and spoke on the dualities of ethics in hip-hop at the Nobel Peace Prize Forum. Now Dessa is a self-supporting, full-time independent artist, and she credits Doomtree crewmate P.O.S. with being a role model for her success.

"He's not here to please people," says Dessa, illustrating her points with her hands. "He's here to fulfill his own vision, and I think watching him set his own course has emboldened me the occasion to say to any business person or reporter, 'I'm sorry that I'm not impressing you, that I'm not pleasing you with this answer, but my job really, fundamentally, isn't to please you.' I have a hard time doing that. It's a learned step."

Maybe Parts of Speech is purposely not for everyone. It's certainly not a record for the background, and while the production is expert, it's aggressive. The argument against Dessa has always been that for a rapper, her music doesn't have enough hip-hop; in certain circles, she is given more credit for her academics than for her art. It often seems that the first point of fascination with Dessa is the fact that she's a female rap star, but after three albums, that's an old thread.

"I think if I worried a lot about 'This is what people think I stand for,' then I'd either get a big head or make bad music," she says. "So I try as much as I can to keep my thoughts in genuine music and trust that people who like it will gravitate towards it, and people who are not really feeling it will find something else that they like."