This Thursday night, Tift Merritt returns to St. Louis for her first show in at least three years. She’ll be performing songs from her new album, Another Country, which grew out of months of writing while living on her own in Paris. She chatted with Roy Kasten about the new record, working with famed producer George Drakoulias and her NPR-syndicated radio show “The Spark.” Merritt is at Blueberry Hill’s Duck Room (6504 Delmar Boulevard) with Matthew Ryan at 9 p.m. Tickets are $15. 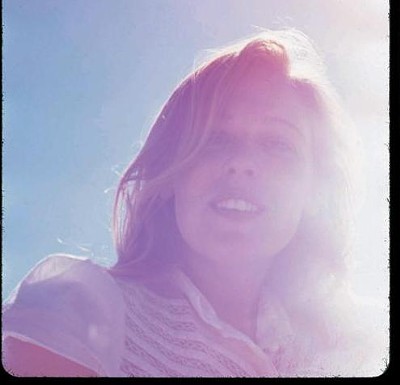 You say in the liner notes to the new record (Another Country) that you went to Paris out of desperation. Is that what I said? I was really tired. I didn’t know what I was doing. It was a leap of faith moment. I thought, I might as well do something good, like go to Paris. It was a hard time for me. Being on tour can make a mess of your life.

But now you’re back on tour. That’s going to be a perennial situation, at least if things go well. I’m getting better at being on tour.

It was really just the touring? I…I wasn’t happy back then. Touring is the easiest scapegoat. Actually, I’m the scapegoat. When you travel like that you lose perspective. You spend a lot of time with strangers, not with your families and best friends. It’s hard.

So the logical choice is to go to a country where you don’t speak the language and everyone is a stranger! Exactly. It was very much a physical metaphor for how I felt at the time.

Did you ever think about staying? I did. But I had a clear obligation to these songs, I felt they deserved a home, and that wasn’t something I could do from a position of strength in France. It’s more about the life of the record and what would have happened to it. The French really aren’t that interested in my music. And lord love them for that!

Your songs have always been personal but… But these are really personal, kind of oblivious to the rest of the world. That’s not the easiest thing to do when you’re writing. It’s like dialogue with myself. I wasn’t thinking about making a record, what anyone would think, what the audience would like. It was a genuine moment of searching and I didn’t care what anybody else thought. That’s a great way to achieve honesty.

And now you’re on the rebound. From my illusions! Let’s say I’ve made better friends with reality. We’re still working on that.

Is there a danger in a song like “I Know What I’m Looking For Now”? You’re leading with your questions, my friend! I don’t think there’s a danger in finding what you’re looking for, it’s in keeping it. I know what I’m looking for, I just don’t know how to keep it everyday!

I spent a year and half abroad, and I think I could have convinced myself that I could stay, but I couldn’t. There’s definitely a magic that happens when you step outside of your life and your culture. You live in a bubble that you’re going to step outside of later on. I think it’s just the magic that happens when you see life for what it is, without being mired down in your responsibilities, going to the grocery store, answering emails. You just see the essentials and you find that they’re so amazing. So when people talk about how traveling is important, it must be that feeling they’re talking about.

That wasn’t intended to be a funny question. George is awesome. George is a fun listener. He makes you laugh so hard, in the way that he tells you what he thinks. In the time that he’s telling you that you’re horrible, that there’s no good in you, he is making you laugh with the way that he has humiliated you into a pool of nothing!

Wow. And then he feeds you! It’s like boot camp with good restaurants. He’s wonderful, really. I love him, I love him. Any producer’s job is the worst job in the world. They have to tell you you’re wrong all the time and that you’re not any good. It’s the essence of what they do! He’s a great friend and we love being around him. He brings great people together and gets great chemistry in the room, and then there’s rock and roll.

Tell me about your radio show. The Spark is a conversation. We talk to the real people behind great works of art. I’m not a journalist. I’m a student. I go to these artists who I really admire and ask them what it’s like to do what they do, and how they handle real life. It’s territory that I need to talk about. It’s hard to make your job living in non-reality and then dealing with reality. It’s complicated going back and forth. Most of the time artists who are talking about what they’re doing, like this moment right now, it’s because you’ve finished some work, you’re putting it out in the spotlight, you’re prepared and your hair is done and you’re ready. I’m not that interested in that moment. I’m interested in the big, crazy, lonely doubtful mess that happens in that moment when everything comes together.