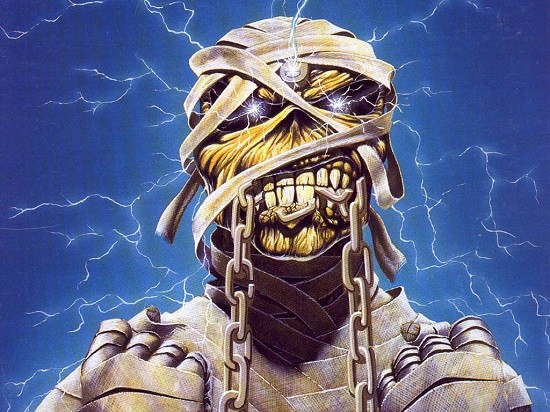 British heavy metal legend Iron Maiden is coming to St. Louis, and bringing one of thrash's "Big Four," Megadeth, along for the ride. Verizon Wireless Amphitheater has yet to make the announcement official, but we saw it listed today on the metal news website Blabbermouth.com. We will update this post with ticketing info when the show is confirmed. [Update: Confirmed! Tickets go on sale this Saturday at noon.]

Searching our back catalog of articles, this is all that came up in regards to Maiden: From an article titled The Six Best Greatest Hits Albums.

Iron Maiden's Best Of The Beast should be given to every kid along with his/her first electric guitar. It's a compendium of sweet riffs. "The Trooper," "Wasted Years," and "Aces High" are enough to give a preteen a head start towards starting the best metal band of 2021. This collection succeeds by concision. Iron Maiden's innovation and enthusiasm were not always in equal measure, and some of its albums have their share of filler. Best Of The Beast edits Iron Maiden down its essence without sacrificing the extended solos or dramatic spoken word introduction to "Number Of The Beast" - which explains why this album ranks at number 666.

Megadeth, of course, is that band with the weirdo right-wing nutjob that says all that crazy shit all the time, but can play a pretty damn mean guitar. You remember, Metallica's ex-girlfriend.

Check out videos from both bands below, and dust off your metal horns.