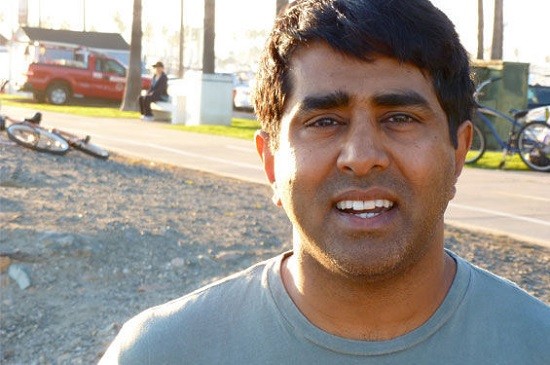 In this week's print edition we interviewed Jay Chandrasekhar: Director, writer and editor with the Broken Lizard comedy troupe (responsible for suck films as Super Troopers and Beerfest) and standup comic. Chandrasekhar had more to say than could fit in the paper; here is what wound up on the cutting-room floor.

Chandrasekhar will be making an appearance at Vintage Vinyl this Saturday in honor of Record Store Day and will be performing that night, April 20 at the Firebird, at 9 p.m. Tickets are $15.

[On the writing process for Super Troopers.]

Kelsey McClure: So when you write these characters, do you write them with the idea already in your head of how you want to play them, and then embellish it?

Jay Chandrasekhar: We write about twenty drafts of the script before we shoot it so really, for the first ten drafts we are trying to create a story that is unpredictable and funny and dynamic and grounded in whatever world we are setting it in. Then the next ten drafts are sort of more "character" kind of things. where you are like, "Kkay you're kind of the blonde, you're the screw-up guy, you're the guy who doesn't really want to be the cop, you're the guy who's the rookie," and you kind of go through it and sort of separate it.

Because initially everyone sounds sort of the same, and then you separate it and the next ten drafts are more about making characters different. So you can go "Oh I like that guy, or that guy." And people have different favorites in every movie, and that's kind of the way the work happens later. And once you put that uniform on and grow that mustache and get a crewcut, you can lean into it in your own way and make it yours. Inevitably that's what you do as an actor. You can be like "My guy is really -- would probably do this here." And then if the director agrees with you -- in this case me -- you just do that.

Again, that's the opposite of the way I envisioned it. I have always watched movies and thought of the story coming out of the characters rather than as you just described it as having the story first and then creating characters to drive it.

I think sometimes you will see a movie right and you'll think, "God, that was a great performance." And the movie wasn't right and you'll say there a couple of reasons why: The story was predictable or wasn't logical and maybe the tone was uneven -- like some scenes were super serious, and some were super light, and some scenes were medium, and it felt like multiple movies. The director has to go, "This joke is hilarious, but it's not in this movie because it's too broad." "This joke is hilarious but it's too small." "This is the bandwidth; all the jokes have to fit in there." Great directors fit all of the stuff into that bandwidth and they cut the rest. Some people will go, "Oh! If it's funny, too bad, it's going in the movie!" And there are those kinds of movies too, that people also like, but I mean when I watch a movie and there's a joke that I don't think fits in the movie, I'm like "Eh, okay, didn't love that part." And if you have enough of those "I didn't love that part"s then you're like, "Eh, that was a good performance."

[On performing his first standup gig.]

So your first time on stage you were already thinking about it in terms of a career?

I figured if I couldn't do it, if I couldn't make a room of strangers laugh, then what success could I ever have? This is an insanely stupid career to go into for me. An Indian kid from Chicago....What? How does that work? How is that going to work without any connections in show business? So, I knew it was up to me to either make it or not make it, and so I tried it. That first day I got laughs. It wasn't a perfect set; I did ten minutes of material and I said it so fast that I got it done in about five, but there were laughs in between. And I said, "Oh, okay."