Jay Farrar to be Featured in The Sheldon Sessions 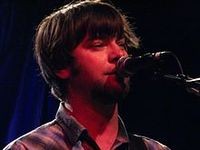 Alt-country mainstay Jay Farrar will be performing at The Sheldon on October 21, at 8 p.m. as the first installment of The Sheldon Sessions in collaboration with KDHX 88.1.

The Sheldon Series is presented and funded by the PNC Arts Alive initiative from the PNC Foundation, which granted the Sheldon $45,000 in funding to "increase arts access and engagement in innovative ways," according to the press statement.

According to the PNC Arts Alive website, the Sheldon Series is "a series of six concerts presented in collaboration with 88.1 KDHX, featuring the most distinctive in rock, alt-country, Americana, and folk-rock offered at reduced ticket prices."

Jay Farrar, who is a Belleville, Illinois, native, is known for his founding role in indie alt-roots bands Uncle Tupelo and Son Volt.

"He's from the area, but his music and his talent are just so perfect for our hall," Chris Piemann said, the director of marketing and publicity at The Sheldon. "He's a legend--somebody that helped launch the Americana movement."

Forthcoming artists performing for The Sheldon Series will be announced as they are scheduled on The Sheldon website.