The 2015 Riverfront Times Music Showcase is set to be the biggest local music festival in St. Louis history. On June 20, nearly 100 local bands will play across ten venues in the Grove Neighborhood, including just about every genre possible, sans polka. From now until the showcase, we will supply you with the lowdown on every act nominated for an RFT Music Award, so you can be in the know with regards to your vote. Read on and get familiar with your local scene. And don't forget to mark your calendar for June 20! 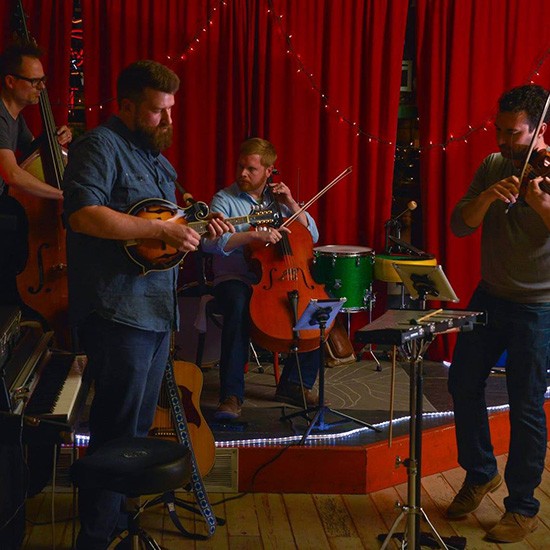 Read more about Animal Children in our review of this year's self-titled album:

It's not impossible to lead a jazz band from behind a drum kit -- just ask Ark Blakey -- but it does take a certain kind of selflessness to drive the beat while giving a platform to your instrumentalists. Drummer Kaleb Kirby is the leader and chief composer for the new jazz sextet Animal Children, and while he's done time with swing-oriented jazz as part of Tommy Halloran's Guerrilla Swing, he brings a certain expansiveness to his own compositions. Kirby keeps a firm grip on the sway of these songs, but local jazz-scene veteran Adam Maness is a key architect here -- not just as an elder statesman in a troupe of relatively young guns, but as the hands behind the Fender Rhodes electric piano. That instrument's plinky tone and muddy depths immediately call to mind everything from the proto-smooth-jazz of Bob James to the fusion experiments of Return to Forever to the barbed mellow of Steely Dan. And Maness references those traditions while helping establish the band's place in the modern jazz tradition -- albeit with a few detours. The stop/start dissonance and low-end distortion of "Stay Golden" show the group's comfort with rock dynamics, and "oh-we-ah" starts the album with the kind of brassy pep that would be hard to sustain over a whole program. But as the self-titled album progresses, Animal Children is content to let the songs breathe, playing catchy and kinetic choruses as a unit before allowing its players to step forward individually.

Tommy Halloran and his backing band perform live almost every night of the week -- every week of the year. You'd think that a schedule like that could become a wearisome drag, but day after day Tommy Halloran's Guerrilla Swing hits with power, versatility and -- if you couldn't tell by the bandmates' smiling faces -- absolute glee. Besides blowing through classic covers and standards, the band is distinct and original, teetering between jazz and blues. And, really, no two shows are the same as Halloran often brings in other players to expand on the band's already huge sound. Maybe Dave Stone will join to play saxophone at a small gig at Blues City Deli, or they'll bring on a marimba player at Herbie's Vintage 72. No big deal. Just the best band in St. Louis, doing its thing -- and worth seeing every time.