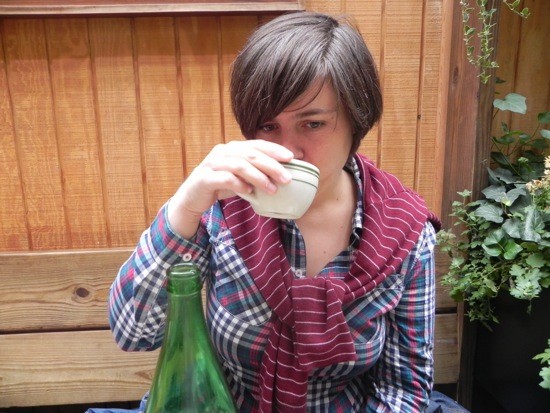 It's mid-March, which means it's once again time for South by Southwest. A couple of RFT scribes are currently soaking up the atmosphere (read: getting copiously drunk on Shiner Bock), but the rest of us are here in St. Louis, 900 frustrating miles northeast of the action. All we can really do is hope that a few bands we like pass through town on their way to or from SXSW.

Happily, our wish is coming true. On Monday, March 19, Jennifer O'Connor makes a pitstop at Foam.

The Florida-bred, New York City-based singer/songwriter is engineering a career renaissance at the moment. After recording two well-received albums for Matador Records, she left the label in 2008 and spent the past couple of years in low-key mode, occasionally going on short tours or releasing 7" singles and friends' bands on her own Kiam Records imprint. This month, O'Connor released I Want What You Want, her first album in more than three years, on Kiam. Happily, it's a fine welcome back from a resilient artist, with O'Connor's trademark well-crafted melodies and honest, thoughtful lyrics on full display. Also performing at Foam this Monday night: Kiam labelmate Tim Foljahn, formerly of Cat Power and Two Dollar Guitar, and Alexa Wilding, whose gently eerie folk-rooted music ought to set the scene perfectly. The show starts at 9:00 p.m., and Foam really is the perfect venue for this low-key but high-quality triple bill.

Jennifer O'Connor is no stranger to St. Louis. Between 2006 and 2008, she played here four times - twice with her own band, and twice opening for the Mountain Goats and Silver Jews respectively. Here's O'Connor performing the bouncy "Exeter, Rhode Island" at Off Broadway on February 9, 2007.