Just Rage: Comedian Bill Burr pulls back the curtain between his on- and offstage personas 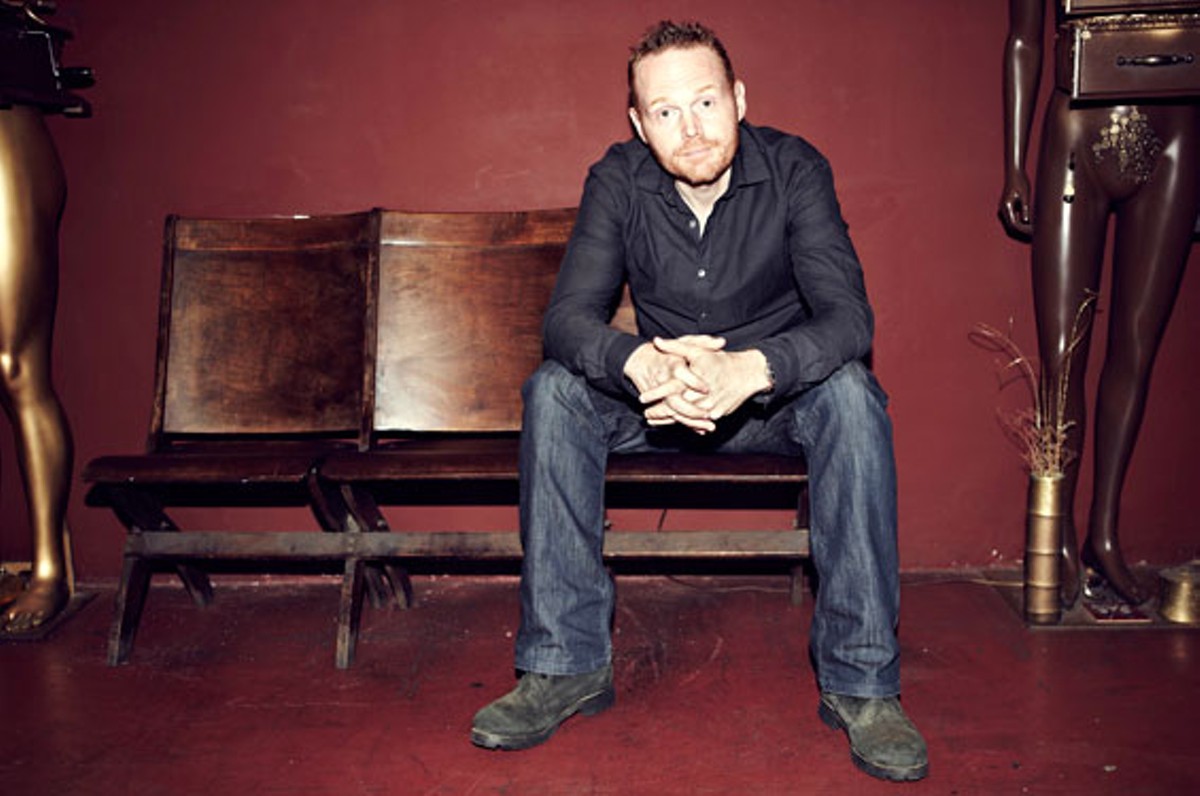 Just Rage: Comedian Bill Burr pulls back the curtain between his on- and offstage personas

Bill Burr is a relentlessly opinionated standup comedian with a work ethic that drives him to produce new material constantly. Not one to rest on his laurels or recycle material, Burr has become known as a "comedian's comedian," in reference to the fact that his peers tend to hold him in high regard and follow his work closely. His Monday Morning Podcast is one of the most downloaded comedy podcasts on the Web, and Burr has even picked up a recurring role on AMC's Breaking Bad as the severe yet mild-mannered Kuby.

Burr will be doing two shows at the Pageant on Thursday, June 13. We talked with the prolific funnyman about his touring habits, "clean" comedy versus "blue" and the realization that he may be down to just one emotion.

Kelsey McClure: Do you typically seek out interviews, or is this something your publicist likes to set up for you?

Bill Burr: No, no. My publicist sets these up for me. I wouldn't know how to get in touch with people. Once you start touring at the level that I am touring, you got to let people know you are coming to town. My job is to keep my act up to par, and then whatever interview thing they tell me to do, I go out and do them.

No, that was a number of years ago. It's just an old number floating around on the Internet. I probably do... How many weeks? 52 weeks in a year? I probably go out every other week — depends on the year. If it's a year when I'm trying to build up my hour and I'm doing clubs, I can probably get upwards of 200, and when I am doing theaters, it's just one show in one night every time you go to them. This year is actually an easier year for me.

It still sounds really busy, though.

Oh, yeah. I definitely always make sure I give people a show, so hopefully they'll come back and see me again the next time.

I think interviewing comics is strange because in a lot of cases so much of that person is already out on display in their act. In an interview, do you think comics reveal more or less than what comes through onstage?

I think it just reveals something different. I mean, I don't walk around jumping around, screaming and making silly faces when I'm just sort of hanging out doing an interview. So, no, sometimes people will just look at your standup act and be like, "He's like that all the time." I like to think I have more emotions than just silly faces, but that's not really an emotion. Whatever. Rage and uh, uh, oh, God, I think it's just...is it just rage at this point? Am I down to just one emotion? I don't know.

Was that anger something that you found the first time you went onstage, or is that a voice that developed over time?

Developed over time. When I first went onstage I used to work totally clean. Everyone was telling me I was going to be on the Tonight Show, and I was perfect for television, and I was squeaky, squeaky clean. Wholesome, that type of thing. But what people didn't realize — I was still an angry person, and it's just something that more came out over time. I'm not unapologetic — offstage, I should say — about my anger. I had to figure out why I seemed to go from 0 to 200 and why I can't...I don't know, it's definitely gotten better, but it's not something I am proud of; I can tell you that.

I was going to ask you when the last time you did a clean set was, and I was almost expecting you to say never.

You know something, working clean is one of those overrated things. A lot of people outside of comedy have this myth that goes around that it's harder, and it's pure, and then you really know that it's funny.

I found all you really have to do is, if you have a two-syllable dirty word, you just replace it with a two-syllable clean word. Comedy is really timing and rhythm. Say you are in common time, and you take the curse word out: The reason why it doesn't work now is because you lopped off an eighth note, and the rest of the band is in four-four, so you got to make sure you still have the same amount of notes and you keep that rhythm and that flow going.

I mean I don't mind working clean, I actually find it fun or whatever, but it would be a phony presentation of who I really am. The guy you see onstage is who I am. That's why I'm funny. There's definitely been ways to abuse that type of language, and you can't punch up your stuff, but on the other side working totally clean can be just as limiting. Being clean doesn't mean just don't curse, it also means don't have a controversial opinion on certain subjects. You can work totally clean in front of a church group and then say that you're pro-choice, and right there they would all be offended. And you never used any sort of foul language or anything.

I totally respect both. I think the two best specials [are] Richard Pryor — the one where he's in the red shirt in concert — and then Bill Cosby: Himself. Those are the two. I think if you watch both of those, you see the entire gamut of what's possible as a comic. And I think they're equally brilliant and equally genius. I don't get involved in the whole clean versus dirty — that whole myth of this guy's working blue so he's realer than this clean guy, or this clean guy is working clean so his comedy is a purer form than the dirty guy. I really try to just sit down and listen to what the comic is saying and how original they are, how much I feel like I am getting to know them.

How often do you try to switch up material? You were in St. Louis in 2011; is there going to be any material from that act that people will see again?

No, God no. No, hell no. That's the kiss of death. You can't do that to people. If they saw you on TV and they're like, "Oh he's coming to our town, let's take a shot at going down there," and he's doing the same jokes, that's the kiss of death. I don't feel they'd ever come to see you again, nor is there a reason to. It's like: "All right, I saw you do it on TV, and then you did it live, and I've confirmed you're the person that said those things. I don't need to see it a third time." So no, I'm coming back with a brand-new hour.

I do have one last question: Do you have anything to do with your Wikipedia page?

No. Why? What does it say now?

It's fine, just was a curiosity of mine whether or not the people who actually have a Wikipedia page about them take the time to update it themselves.

You know what? I did do it one time, and no one ever took the bait. I wrote in something about — you know you can put anything in there?

I uploaded that — what did I upload? Something about breaking something, some underwater-breathing record or speed record or something. I can't remember what scuba-diving thing. A lot of radio people will just look at your Wikipedia page, and they just go, "So, I heard you went to this college." Or they want to talk about something you did twenty years ago. And you can just hear them reading the page. I thought I'd eventually get to the scuba-diving thing, but nobody ever did.