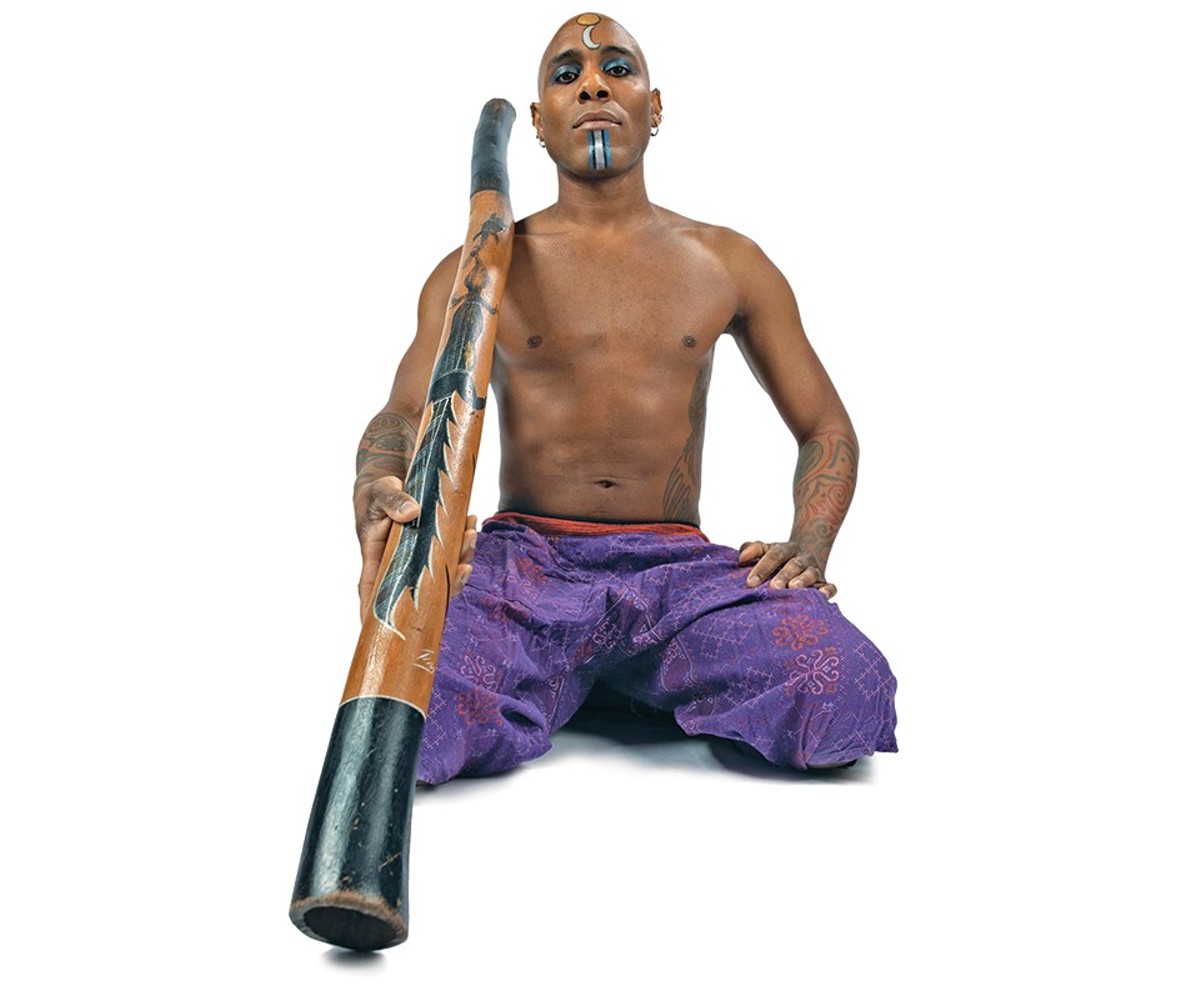 If you're reading this, it's possible that you're interested in local music enough to have spent a recent weekend in the Grove, show-hopping up and down Manchester Avenue at the Riverfront Times' Showcase STL festival. (And if you did so, thanks! We throw a good party.) A few hundred musicians filled the clubs and venues with nearly every conceivable style of music made in St. Louis.

That musician was Justin Ra, a multi-instrumentalist who performs under his own name alongside instrumental duties in the bands We Are Warm and Two Cities One World. His busy schedule at Showcase STL required some forethought, some Tetris-level skills in packing his car and a helpful roadie/buddy to help schlep all the gear.

"We had to strategically plan this out, even putting it in the cars a certain way," Ra says of prepping for the gigs. "I had to fill one car with my We Are Warm stuff — congas and all that — and in my car I had to put my drum kit in."

For Two Cities One World, Ra had never played a live set as a drummer before. It was a fun challenge but a challenge nonetheless. "Their music isn't easy," he says. "They play in odd meters." In comparing his own songs to We Are Warm, Ra notes that "mine is a little bit more upbeat; there's is more stadium rock, with really big, chunky chords and crazy leads. Mine is more tucked in the back, but it's still high-energy."

Playing in and out of different bands is nothing new for Ra; he's performed in a variety of rock bands over the years. But with the just-released Age of the Spirit, Ra (whose birth name is Justin Robert Gates) is ready to stake his claim as a solo artist with a psychedelic folk soundscape supporting lyrics that are interested in transcendence, unity and the unburdening of excess baggage.

"There's just too much to do on this planet — enjoying good company, going places, seeing people, dancing, singing — than all of the B.S. that's going on. That's wasted energy. We're just distracted by all of this," he says, gesturing around not only to the Hartford Coffee shop where we're seated but to the pace of the modern world at large, "and we need to be more connected with each other."

Ra clarifies that the undercurrent of "all of this" is not specific to our current political, environmental or social moment. "It's not, like, these last few years; it's the existence of humans almost completely fighting all the time," he explains. "We know more now because we're more connected, but we're connected in a negative way, I think."

He cites Bjork and Radiohead as two of his key musical influences but strives for what he calls a "tribal, earthy influence" in his solo work through looping and electronic percussion. Both tools are something of a necessity for a solo performer, permitting Ra to sing and supplement over looped beats and chord changes.

Figuring out how to loop both guitar and keys provided the breakthrough for Ra to conceptualize his solo performance of the songs. "I had these song structures ready for recording purposes, but [playing live] I don't want to use a laptop," he says. "I want to keep it live."

For now, Ra is happy to perform as a one-man band; that may change as he gigs more, but he felt the impetus to release the music as soon as possible. "I'm not opposed to turning this into a band, but I just wanted to get the idea out there, this style of music," he says. "I wanted to let people know who I am."

Ra's look, and the album's iconography, gives first-time listeners a little sense of who he is. Posing shirtless in loose-fitting pants, with his didgeridoo in hand and a healthy swab of metallic face paint bisecting his chin, Ra's album cover is a bit like a mix of Aladdin Sane and old Korla Pandit LP covers. It's exotic without being specific, a little alien while staying rooted to the earth.

"It's my respect for all cultures," he says of his image. He notes the use of the African djembe drum alongside the aboroginal didgeridoo and says he'd love to incorporate Celtic influences as well.

"I take a little bit from a lot of stuff," he says. And with the strength of his first few solo gigs, Ra has his sights on a new album early next year and hopes to gig far and wide.