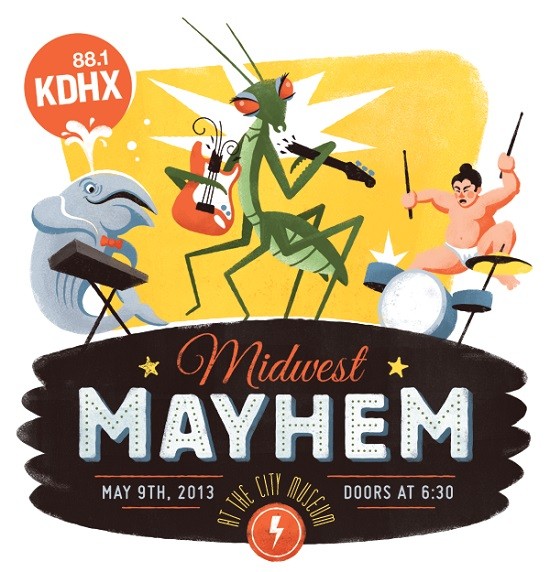 KDHX (88.1 FM) has just announced the lineup for this year's Midwest Mayhem festival at the City Museum. This annual event is consistently one of the weirdest and wildest in the city, having been named in the past by RFT Music as the Best Music Festival in the city.

See Also: -KDHX: Not Playing the Hits for 25 Years

KDHX is also currently in the middle of its Spring pledge drive. St. Louis' only independent community radio station has been on the radio for 25 years now, thanks to the support of its listeners. From now through April 21, DJs on the station will be asking for your support in between the great tunes and excellent programming. The minimum membership pledge is $10; all members will automatically receive tickets to Midwest Mayhem as well.

Check out this on-the-scene testimonial from a satisfied attendee!:

Now, here is the full lineup for this year's event: