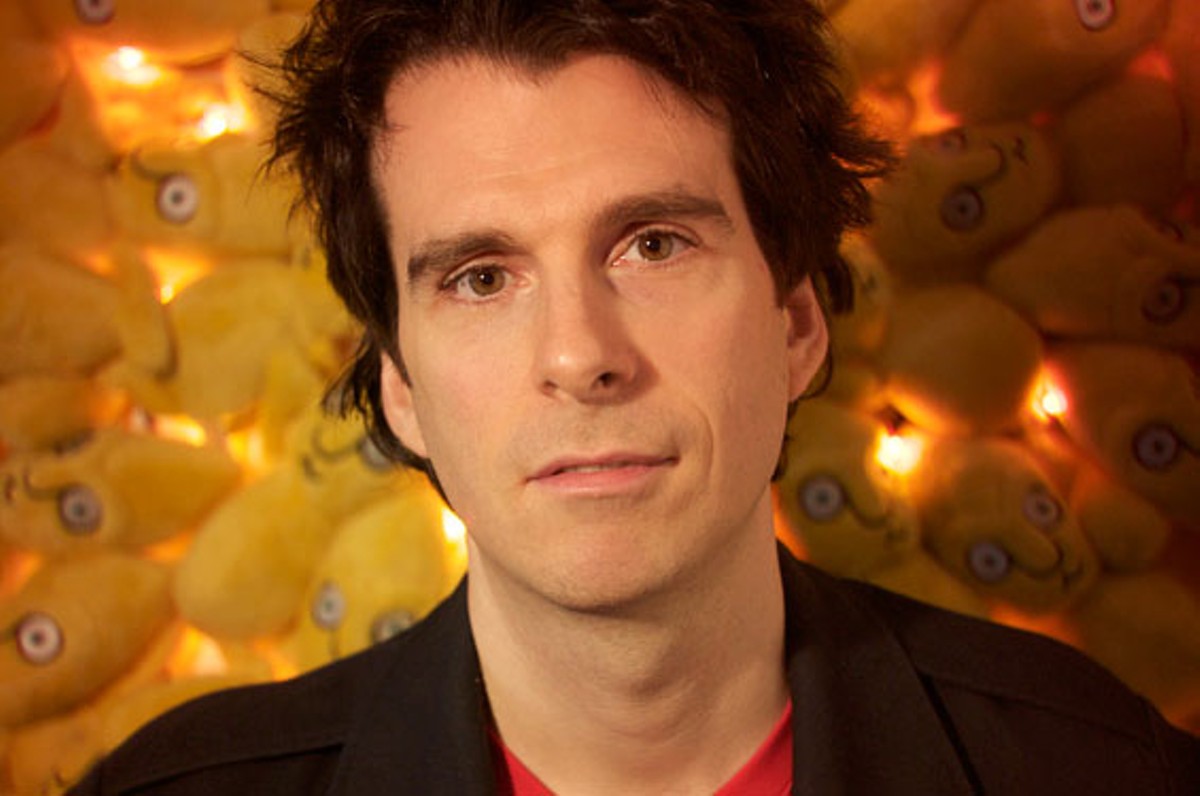 In the annals of musical genres and styles that compel a desire to do violence to one's ears and eyes and other orifices, the stuff proffered by the likes of the Disney Channel and Nickelodeon — "family music," to use a misnomer in this case — has few equals. Kids may love it and consume it in Costco-size quantities, but kids also like eating dirt.

Enter the Musical Merry-Go-Round, a two-hour Saturday-morning radio show on KDHX 88.1 FM (which enlists this writer as a DJ and Web editor) and its host, Paul "Grandfather" Stark. Stark really is a grandfather, and he really is on a mission to right the Disney-driven wrongs done to the musical taste and education of otherwise perfectly cool kids and their Kidz Bop-suffering parents.

For Stark, who started with KDHX as the host of Ska's the Limit in 1993, family music is the Beatles and Woody Guthrie, Farmer Jason Ringenberg and Dan Zanes, Trout Fishing in America and Ellis Paul, Celia and Wack-A-Doo (both veteran St. Louis artists). In short, it's as catchy, smart, fun and meaningful as the best pop and folk music always is.

Now in its fifth year on the air, the Musical Merry-Go-Round continues its series of family concerts, previously held at Off Broadway (where Stark is a regular and debonair doorman), at new venue Voce. The 2013 season kicked off in January with a well-attended performance by the Murder City Players. It continued from March through May with a noteworthy lineup of Mr. Singer and the Sharp Cookies, the Billy Jonas Band and the Boogers. This Sunday the series will bring Gustafer Yellowgold to St. Louis.

RFT Music met Stark for lunch to chat about the history of his pioneering radio show and his absolutely all-ages concert series.

Roy Kasten: Tell me about the origins of the Musical Merry-Go-Round.

Paul Stark: It was in the works for two years before I got around to starting the show. It was spurred on by my first local grandchild being born, about twelve years ago, and trying to collect music for her and her parents. I didn't want to subject her to too much junk. I had a need as a grandparent to steer her in the right direction with good music.

By coincidence, at about the same time she was born, there was this new wave of family musicians, many based in Brooklyn. Guys like Dan Zanes were getting the ball rolling. These were musicians who were starting to have their own kids and realized there was a lot of junk music for kids out there. They realized they could write their own stuff and play it for their children.

So I really have to give my unborn granddaughter, Rylee, credit for the show. At the time, there were only five or six shows around the country doing family music. There was satellite radio, but at that time it was kind of junky. Radio Disney was there, but it was just to sell things, not to educate people.

As the show has developed, it's become a very left-leaning show. The songs are about taking care of other people, respecting your parents and your neighbors, picking up the trash, keeping your ears open. So much of the show and the music is about making the world better today.

How did the concert series come about?

That was about a year and a half after being on the radio. I went to Kansas City, where they have Jiggle Jam, a festival with about eighteen bands playing. I was really impressed that they could pull it off, right there in the center of the country. I started thinking, "Could we do that in St. Louis? Bring people from New York or LA to do concerts here?" I didn't think we could pull off a festival, so I decided to start at a smaller scale, see if someone from Chicago wanted to come down and do a show.

Now it's turned out to be about one concert a month for three years. It's been fun. The word has gotten out that there's a stop in St. Louis, and tours get designed around passing through here. It's a different situation than traveling bands that play bars late at night. You have to do the show on an afternoon on the weekend; you can't do a 10 p.m. show on a Monday if you want single-digit-aged fans to come see you.

People listen to the radio in different ways, in different contexts, but I have a hard time imagining a single-digit-aged listener actually sitting still for that long and focusing on something that's not visually stimulating. It's just the radio. And what does radio even mean to an eight-year-old?

I see what you're saying. Listening is very much influenced by who else is in the house listening with them. From letters and phone calls I've learned that families listen together. I don't know if a seven-year-old won't turn on the radio and listen. Maybe they'll listen for fifteen minutes or listen on that car ride. But I get a sense that it's family influenced. They'll turn on the radio and make breakfast and listen on a Saturday morning.

The longer that I've been doing it, I've been tickled by this whole other audience that I didn't anticipate. If I'm working the door at the club, someone will walk up, maybe a 26-year-old, and I'll ask for their ID or take their cover charge, and just with those few sentences they'll recognize my voice. "You're Grandfather Stark." It's weird. Someone is hearing that voice, and they feel like they know that guy. One time at Off Broadway a guy came up and said, "You know, I don't have kids, I don't care for kids, but your show kinda fucking rocks." He would just be falling asleep after a Friday night of partying, and he'd be listening to the comforting voice and music.

I'll also get these really sweet notes from seniors. They'll start out, "Dear Grandfather Stark: I'm a grandfather myself." And their kids are grown up, out of the house, and maybe they don't get to see their grandkids because they live far away. There's something sweet there, maybe they're missing their kids or wanting their kids, and something is happening. So that's an audience I try not to ignore when I'm on the air.

What inspired the move from Off Broadway to Voce for the series?

It was an invitation. It's a new venue; it has a really nice PA system; the whole room is new and shiny. I like the fact that they'll have a pizza buffet; the kids can pig out while the concert's going on. I like that it's located right in the center of downtown. My hope is that we'll get some people that didn't attend previously because they weren't familiar with Off Broadway. For some people, the club is kind of off by itself; you don't walk past it. Voce is located by the ballpark and the hockey arena, and it's close to the Metro station. Suburbanites will walk right past it on the way to the ballpark. I talked to Steve [Pohlman] at Off Broadway, and he was surprised that I hadn't tried something like this before. He said we'd always be welcome to come back.

Do people drink at these shows?

More than you'd think. There's a lot of bloody marys, a few beers, a good glass of wine. And the kids buy juice boxes. What these shows don't have is a long span of sales; family shows only last an hour, maybe an hour and fifteen minutes. The bartenders always do well on tips.

What's the best show you've done, in terms of attendance and entertainment?

That's tough. I think it was the first of the shows. It was Justin Roberts from Chicago. He's my very favorite in the genre. Every time he puts a record out, it's well produced, well written, and he has such neat metaphors. He might write a song about the first day at school, but it could also be about a first day on the job or the first day of a relationship. His songs might be from a young person's perspective, but they have a much wider reach. That show was the best attended, over 200 people. It was very exciting: The first children's concert in a bar in St. Louis!