Last Collector Standing: Christopher Eilers on Living Behind Vintage Vinyl, Recording with His Band, Vanilla Beans, and Why Wham! Vinyl is Awesome 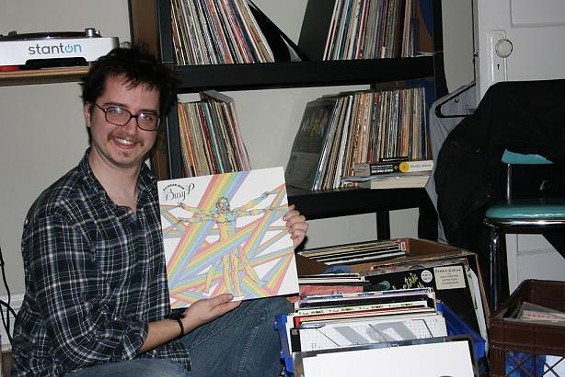 Christopher Eilers is the guitarist in local indie rockers the Vanilla Beans. He is also a relatively new vinyl collector. Not having the common characteristic that most collectors share of a vinyl influence in his formative years of discovering music, Eilers' bedroom décor is only his metal rack of vinyl albums and his assorted musical instruments. Coincidentally, he currently lives in an apartment directly behind Vintage Vinyl, which is almost certainly feeding his collecting habit. We met there to discuss living behind a record store and why he has the album cover for Sebastian's Ross Ross Ross EP as a tattoo.

How often do you shop at Vintage Vinyl now? Way too much -- multiple times a week. It is so close. The last record I bought at Vintage Vinyl was Jane's Addiction's Nothing's Shocking. I bought it for $4.99. That made me really happy. I like going to the other record stores too, but it's just that it's so close that I go to it more.

Have you ever prowled through the dumpster behind Vintage looking for discarded records? [Laughs] I haven't been that desperate. I have glanced at the record sitting around back there. To be honest, I haven't taken anything from the Dumpsters.

What's your favorite experience going record shopping? In general, it's when you're with other people I think that's the most fun because you're like, "Oh, look what I found!"

One of my most memorable experiences was at a shop in Chicago. I went up there with my friend Joe. We were just walking down the street and found a little shop -- I don't even remember what it was called -- I just had a really good time buying records with him. He was really excited about it because he didn't buy records at all and thought it was super cool. It was fun looking at records with someone who doesn't buy records but wants to get into it.

At that time it was 2007 so I was looking mostly for electro. He was just looking at everything and having a great time. It was just different -- When you find something on vinyl, since it is more rare, he just couldn't believe he was seeing something he listened to on his computer on vinyl: "Oh my God. Here it is." It was just really fun going through that with him because that's what we were both listening to at the time. Especially with electro, it's usually something you just download a song here or there.

I actually ended up giving him my old turntable, and now he [collects] records.

Do you think music will become more of a social or private entertainment media in the coming decade? Definitely more social. It's always been to an extent word of mouth. Everything I listen to somebody tells me about it, or I read about it in a magazine or online. It's definitely going to be way more social because all the new awesome things that are coming out are just people making it themselves and putting it on their Tumblr. So much stuff is gaining tons of exposure through social networking and the Internet.

For vinyl that sucks because I can't get the new Odd Future Wolf Gang Kill Them All record on vinyl. It's only going to be MP3s, but either way you get it it's going to be way more social. It's going to be about being at the show, or finding the MP3s or checking out people's blogs. 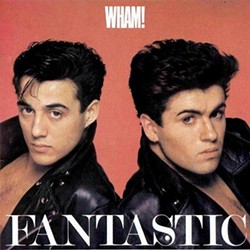 You were just talking about going out with friends and looking for records in person. Do you think the in-person interaction can be more beneficial or honest to the music than simply going to a social-media site to discuss it? I think it depends on the aim of the artist. Some people specifically will only be releasing their music as MP3s. Jack White talks about how awesome his experience with vinyl [has been] and how important that is to him. He released a lot of stuff for all of his bands on vinyl, which is cool for a new artist to be vinyl oriented. That's why I think it has to do with the aim of the artist. They are going to be [the one] who puts something on their Tumblr or their blog. If they want you to have it in vinyl they are probably only going to release it on vinyl.

As for the experience, obviously I have way more of a memorable time [collecting records]. Vinyl is kind of on this echelon where it's like, " If this is really important to me, I'm going to get it on vinyl." I think that's awesome, but I don't think we should ignore digital media. It's the only way to get some really new stuff, and I think it's really important to try to be aware of new stuff.