Local Community Radio Act Passes; What Does It Mean for St. Louis? 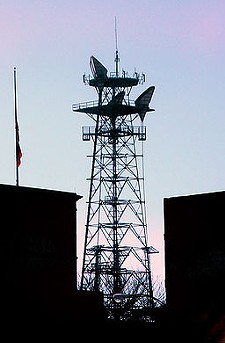 On Sunday night, Congress passed what's known as the Local Community Radio Act. In a nutshell, it validates the existence of low-power FM radio stations -- both by recognizing their importance within communities and by removing certain frequency restrictions that made it difficult for them to flourish. It's unclear how (or if) this is going to affect St. Louis airwaves. However one of these stations considered low-power, Washington University's student-run, ten-watt station KWUR (90.3 FM), is already thinking about the possibilities.

In a blogpost, KWUR General Manager Kenny Hofmeister outlined the impact the LCRA might have on the 34-year-old station:

We're not quite sure yet how the bill is going to affect the St. Louis radio market or KWUR, but ideally, it will open up a few frequencies on the band, which would be filled by low power FM stations (like ours). The LCRA does this by eliminating the "third-adjacent minimum separation" requirement for broadcast signals, such that frequencies will become available now where they were prohibited by the buffer before.

I don't want to overstate our chances here; I really have no idea if and how it will affect our wattage situation (but believe me, we're going to find out). I do know, though, that this was our only reasonable chance at getting an upgrade, and now that we have it, we're going to do everything we can to pursue it.

KWUR has faced opposition to expansion in the past, and so it'll be interesting to watch what unfolds as the LCRA's impact begins to show itself.